Deschide in romana Who we are Contact Sign-in Subscribe
Homepage Focus Readings Printed issues Authors
The Libyan Peace in Berlin: Numerous Participation, too Many Gordian Knots
With the two front men of the Libyan civil war in the spotlight - Fayez Sarraj, the leader of the “Government of National Accord” recognised by the international community and headquartered in Tripoli, and the field marshal Khalifa Haftar, the commander of the so called “Libyan National Army” which controls the eastern part of the country - on the 19th of January 2020, and after long and difficult preparations, Berlin hosted the international peace conference on Libya. 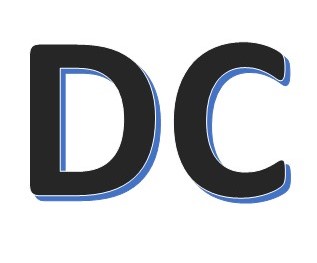 With the two front men of the Libyan civil war in the spotlight - Fayez Sarraj, the leader of the “Government of National Accord” recognised by the international community and headquartered in Tripoli, and the field marshal Khalifa Haftar, the commander of the so called “Libyan National Army” which controls the eastern part of the country - on the 19th of January 2020, and after long and difficult preparations, Berlin hosted the international peace conference on Libya.

Twelve countries participated in the conference, including the permanent members of the UN Security Council[1], and representatives of four international organisations - the UN, the European Union, the Organisation of African Unity and the Arab League.

In the period before the conference, the organisers went public with a draft peace agreement whose text “had suffered from” many changes claimed by at least ten of the participants; a text which basically doesn’t bring anything vitally different from the previous ones discussed during the summits in Sukeyrat (Morocco), Paris, Abu Dhabi, Palermo and so on, peace agreements which were never complied with by the two Libyan sides. The project insists on several fundamental demands to open a path towards a durable Libyan peace:

-         Cessation of all military confrontations and the reinforcement of a ceasefire that allows the start of peace negotiations in this North-African country.

-         Cessation of all foreign interference in Libyan domestic matters; all countries must abstain from taking measures that favour either of the sides. Such a measure would be guaranteed by a UN Security Council resolution.

-         Involvement of the international community by deploying peacekeeping forces provided either by the UN, by the Organisation of African Unity, or by the Arab League.

In an interview on the eve of the conference in Berlin, the Lebanese diplomat Ghassan Salame, Special Representative of the Secretary-General and Head of the United Nations Support Mission in Libya mentioned three factors that could lead to the success of the Berlin Reunion:

-         The fact that the preparations for the summit on the 19th of January started five months in advance, enough to reach a consensus and agree on whatever needs to be done, in order to end the lengthy Libyan civil war.

-         The conference would provide, for the first time, the necessary international background to start and conduct a fruitful and direct dialogue between the two involved parties. To this end, an “International Commission” would be created, which would monitor the implementation of the agreements reached by the parties during negotiations, including the dissolution of the two parallel authorities that claim their legitimacy over Libya, and the formation of a single National Unity Government.

The summit in Berlin was also expected to determine regional and extra-regional players stop using the Libyan conflict as a chessboard for their political rivalries, or with a view to get control over the most significant oil reserves in the country. Those players would also be equally required to observe the arms embargo on weapons deliveries to the Libyan factions at war, a demand otherwise in effect ever since 2011, but which has been ignored. From this point of view, the presence of Turkish troops on the Libyan territory under “peacekeeping” pretences, or the presence of Russian mercenaries (denied by Moscow) may represent one of the Gordian Knots that would have to be eliminated by the parties present at the conference.

The day before the summit, a senior official in the US State Department, who wished to remain anonymous, stated that “the Libyan conflict resembles more and more to the conflict that tore Syria apart, and which keeps on expanding”. Ultimately, the final objective of the summit had to be the prevention of Libya becoming a second Syria.

“We have agreed” - Merkel said as a conclusion to the works of the summit - “on a comprehensive plan forward. The most important thing is that the Libyan representatives, Fayez Sarraj and Khalifa Haftar have consented to the measures proposed by the UN Secretary General, Antonio Gutteres.”

However, observers and analysts didn’t overlook the fact that neither the final summit declaration, nor the speeches at the end of it explicitly made reference to where the two “representatives of Libya” stand and what they really want, representatives who didn’t even take part in the summit, but were mere spectators, located separately outside the conference area. And perhaps, just as some speakers, including the secretary of state Mike Pompeo said, the simple presence of those two in Berlin was a positive thing. But does this also mean that the world’s greatest powers actually and officially decided their stead? It is a question whose answer has clearly been avoided.

The final communiqué speaks holistically of the fact that “the participants in Berlin commit to refraining from interference in the armed conflict or in the internal affairs of Libya.” However, these rhetorical exercises are in danger of being just that … a simple rhetoric, unless formalized and signed.

The task of monitoring whether these commitments are met falls into the hands of a military commission (Commission 5+5) made of ten members, five for each party. As for the working mechanisms, the control over the activity of the commission or the steps towards achieving mutual trust, they are nowhere to be found, either in the final communiqué, or in the speeches and statements given in the press conferences following the official conclusion of the summit.

Despite verbal commitments to observe the ceasefire, there are no implementing measures; this issue, along with others - political or economic, are to be discussed during another possible reunion, which could take place in Geneva, at a time which is yet to be determined. Fayez Sarraj’s proposal which says that in order to monitor how a ceasefire is implemented, the UN, the Organisation of African Unity or the Arab League should form a peacekeeping force, hasn’t even been discussed because it was “not on the conference agenda” (Angela Merkel said).

On the other hand, the conference also dealt with the economic segment of the Libyan peace process, as it basically mentioned the possibility of establishing an economic “reconstruction mechanism”, which would come to be implemented only after the formation of a new, sole unity government through the dissolution of the “Presidential Council” in Tripoli lead by Fayez Sarraj and of the “Parliament” in Tobruk lead by Khalifa Haftar.

Summing up the main stipulations, the final communiqué includes ten objectives for Libya, which, in different forms, including by involvement of and under the auspices of the UN, could be considered a “roadmap” to achieving the purpose for which the international summit wasd organised. In brief, here they are:

1.     Equitable distribution of public wealth, so that it truly belongs to all Libyans, regardless of their religion, ethnic background, confessions or culture.

2.     Strengthening the state institutions through vast reforms, which should be connected and in accordance with internationally recognised standards and principles.

3.     Monitoring implementation mechanisms; the two Libyan military and political leaders have finally agreed to the proposal regarding the creation of the “5+5 Commission”, which monitors under international auspices the way the peacekeeping process is being implemented.

4.     Cessation of foreign interference: “We commit to refraining from any interference in the armed conflict or in the internal affairs of Libya and urge all international actors to do the same.”

5.     International arms embargo: the participating countries committed to unequivocally adhere to the implementation of the Libyan arms embargo established by the UN in 2011.

6.     Ceasefire: “We call on all parties concerned to redouble their efforts for a sustained cessation of hostilities, de-escalation and a permanent ceasefire.”

8.     Return to the political process: all belligerent parties are urged to resume and continue the identification of a political solution to the domestic conflict, under the auspices of the UNSMIL.

9.     Human rights: the participants urge all parties in Libya to fully respect international law. In this respect, Libyan authorities will give up arbitrary detention and will move on to the gradual close of detention centres for migrants and asylum seekers.

10. Economy and oil: the members highlight the importance of safeguarding the integrity and unity of Libyan sovereign institutions, such as the Central Bank of Libya and the National Oil Corporation. They disprove of all illicit exploitations of Libya’s energy resources.

Given the fact that for the past nine years the civil war has been creating havoc and is a permanent threat to the internal and regional security and stability, the conference in Berlin aimed after all at accomplishing a worldwide international agreement to truly resume, carry out and finalise the political peace process in Libya. Considering the multitude of players involved and the difficulties they have come up against, achieving this goal in one day was not very realistic. Even though they were welcomed - as far as providing a wider, more promising perspective for the Libyan and regional peace process, as well as for the international community - the outcomes of the Berlin summit remain uncertain. On the other hand, we must mention the fact that two of the main foreign players on the Libyan stage - Turkey and Russian Federation - stated several times that “a real peace in Libya will never be possible through military means”.

So far, the summit in Berlin ended with an evocative failure, as far as the depth of the cleavage that separates the Libyans is concerned: that of not having succeeded in managing a proper and long-lasting dialogue between the two Libyan warriors - Fayez Sarraj and Khalifa Haftar.

There is still hope that this failure is incidental and can be mended as soon as possible.

[1]The countries that took part in the summit in Berlin were: the USA, the Russian Federation, France, the UK, China, Germany, Turkey, Italy, Egypt, the UAE, Algeria and the Congo. Tunisia and Morocco - countries in the Maghreb and Libya’s neighbours - protested for not having been invited in time (Tunisia) or not at all (Morocco) to the debate regarding an issue that exerts its influence on the security of their borders, from a migration and terrorist point of view. Cyprus and Qatar (supports Fayez Sarraj’s government both financially and politically) also expressed their dissatisfaction of not having been invited.