Deschide in romana Who we are Contact Sign-in Subscribe
Homepage Focus Readings Printed issues Authors
Western Sahara from Trump to Biden: the American game
The self-determination process in Western Sahara accumulates a series of cases that result in a successive violation of collective and individual rights, which has been repeated for years.
Trump's American position in favour of the Moroccan thesis over Western Sahara, and that of his successor Joe Biden who takes the middle baton are counterproductive and draws a new American policy in the Maghreb. 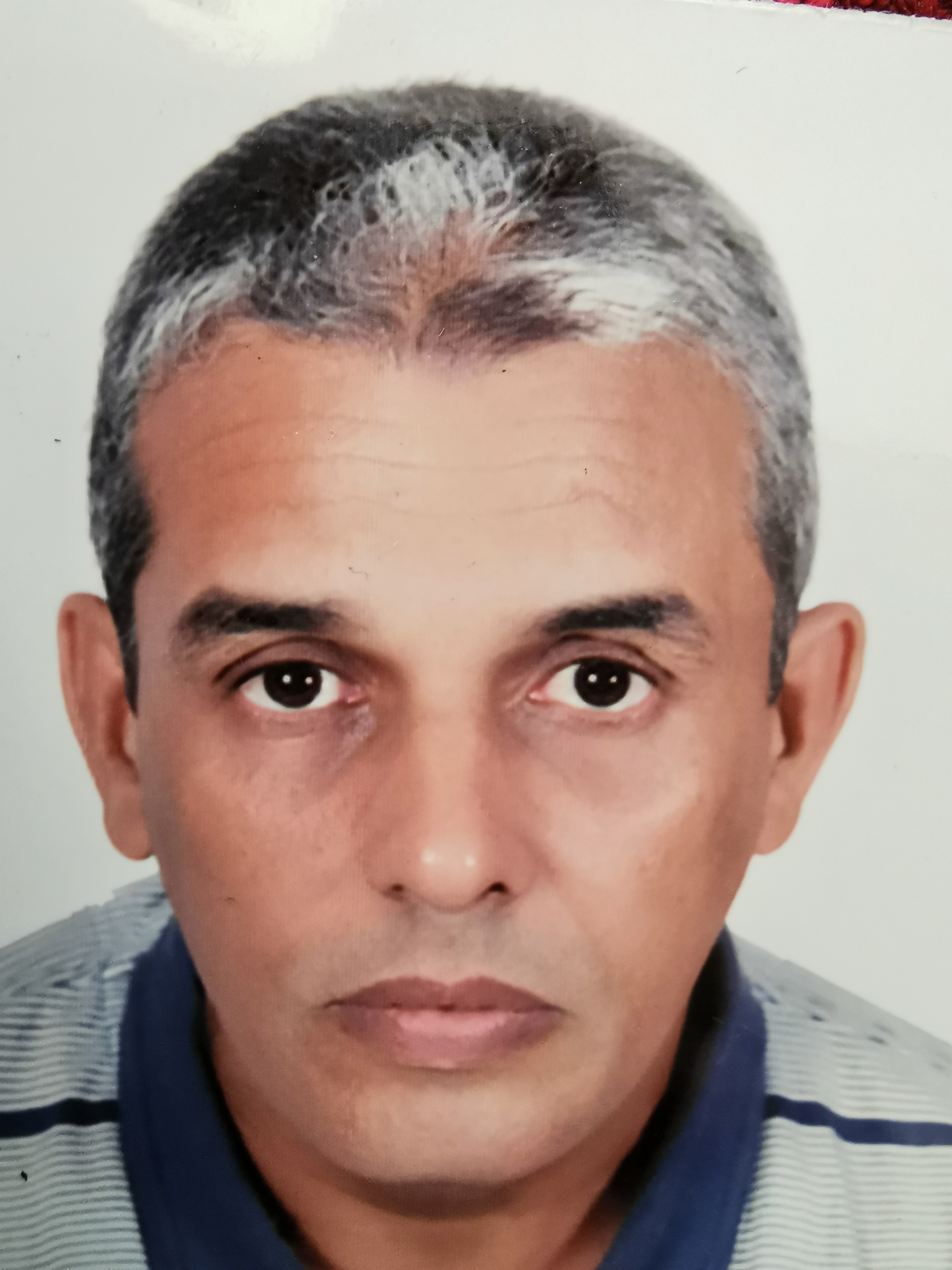 The self-determination process in Western Sahara accumulates a series of cases that result in a successive violation of collective and individual rights, which has been repeated for years. It is this situation that leaves the great powers like the United States to use their power to ally with Morocco, behind the backs of the Saharawi people without any consideration either humanitarian or legal.

In this sense, Trump's American position in favour of the Moroccan thesis over Western Sahara, and that of his successor Joe Biden who takes the middle baton are counterproductive and draws a new American policy in the Maghreb.

To this day, the UN maintains a list of 17 territories considered as non-self-governing – territories that have yet to be decolonized. All, except one, are islands, the vast majority administered by the United Kingdom; the smallest, Pitcairn, has just 43 residents. By far the largest by population (582,000 inhabitants) and land area (266.000, 00 sq. km) is Western Sahara.

In 1960, the UN passed Resolution 1514, which declared, “All peoples have the right to self-determination.” In 1965, Western Sahara was recognized as a non-self-governing territory, after Spain renounced its sovereignty. In 1990, the UN General Assembly reaffirmed that Western Sahara was still waiting to be decolonized and that its future should be determined by its people.

Unfortunately, the UN has not yet fulfilled its commitments towards the Saharawi people to determine their fate.  The decolonization of Western Sahara has remained an endless game that has now been joined in full force by the United States, Israel, and by the territory’s new colonizer, Morocco.

From a legal point of view, there is no doubt about the legal status of Western Sahara. The International Court of Justice, in 1975, ruled that neither country which had claimed the territory, Mauritania and Morocco, had any sovereign rights over it. The United Nations considers Spain’s agreement the same year to transfer sovereignty to Morocco and Mauritania invalid.

Further support for the right of the Sahrawi people to determine their future came from the European Court of Justice. In 2016, the Court ruled that, according to the UN Charter, Western Sahara is not part of the sovereign territory of Morocco and that no agreements signed between the EU and Morocco could be applied to Western Sahara without the agreement of its people.

Who represents the Sahrawi people? The Polisario Front. It is their only legitimate representative, as affirmed by UN resolutions 34/37 and 35/19  which recommended the Popular Front for the Liberation of Saguia el-Hamra and Río de Oro, its full name, as the representative of the people of Western Sahara, and should thus “participate fully in any search for a just, lasting and definitive political solution to the question of Western Sahara”.

But then came President Trump's decision. On December 10, 2020, the White House twisted the history of Western Sahara, by declaring Moroccan sovereignty despite that act’s lack of standing under international law.

Trump and the barter policy with Morocco for Western Sahara

The presidential proclamation recognizing the illegal Moroccan occupation of Western Sahara made initially on Twitter, had a strange birth; being tied umbilical to the simultaneous announcement Morocco would normalize relations with Israel.

Immediately there was a backlash from former senior U.S. government officials who rightly saw the president's decision as contrary to international law.

Two UN Secretary-General special envoys, James Baker and Christopher Ross reached the same conclusion: that only a referendum on self-determination is compatible with international law. Western Sahara could not just be an asset for the U.S. to barter with Morocco for the benefit of its Israel policy.

America has tried once before to definitively sell out Western Sahara to Morocco.

Throughout recent history, both France and the U.S., as Rabat’s historical allies, have attempted to tip the balance in favour of Morocco by accepting informally its claims to Western Sahara. However, in the mid-1970s, Secretary of State of the United States, Henry Kissinger more actively colluded with the annexation plan instigated by Morocco’s Hassan II, and consistently showed complete “indifference” to the wishes of the Sahrawi population.

A referendum on self-determination was and is a basic requirement to chart the future of the territory. A UN peacekeeping mission established in 1991, with Morocco’s agreement, to ensure the vote took place. But over the last three decades, Morocco has managed to remove the referendum issue off the agenda of the international community.

Somewhat than suffering any material diplomatic or reputational loss from this undemocratic obstructionism, Morocco has won itself a privileged partnership status among the parties who should be ensuring its compliance mainly Spain, France, the United States, the monarchies of the Gulf, and dozens of African countries. In this context, Morocco exploits the “no peace, no war” status quo to steal the natural resources of Western Sahara with their complicity.

Morocco is illegally occupying the territory of Western Sahara. That is why Trump's decision to recognize its sovereignty is so extraordinarily helpful for Moroccans, bolstering their intransigence, threatening any future good faith mediating role for the U.S., undermining international law and institutions, including a UN peacekeeping mission, and encouraging the persistence of the conflict in Western Sahara with its consequent instability and insecurity for the region.

Then-candidate Biden accused Trump, in the March 2020 issue of “Foreign Affairs,” of taking the word of autocrats while showing disdain for democrats.”

So how far can the Biden administration roll back the tide on Western Sahara, pivoting away from transactional, unilateralist Trump foreign policy towards a doctrine of democracy, self-determination, and respect for international law?

Trump’s deal, linking U.S. recognition of Morocco’s sovereignty over Western Sahara to Morocco normalizing ties with Israel, was both strange and characteristic of his administration. It is a non-normative form of diplomacy that will remain outlier and ephemeral as long as Biden acknowledges it as such and takes steps to limit or reverse its damage. That will require a firm stance against determined lobbying by Israel’s Benjamin Netanyahu, who benefitted greatly from the Morocco deal and who, like Kissinger, is entirely indifferent to the collateral damage to the Sahrawi people.

For the Biden presidency to make good on its promise to uphold democratic values and abjure autocrats, it must state firmly that a democratic solution for Western Sahara is not only necessary but also inevitable. And it needs to happen soon before another war starts.

Tensions are already rising in the region. In mid-November last year, Moroccan troops entered and illegally annexed an area in the south of Western Sahara which is patrolled by UN peacekeepers. The Polisario Front immediately called it an "illegal violation" of the 1991 UN-brokered ceasefire agreement and declared a war of self-defence on the Moroccan military. Since then, the two sides have regularly exchanged fire.

This new geopolitical reality requires a restructuring of American diplomacy in the Maghreb. There are numerous ways that the Biden administration can strengthen relations with Morocco and with the Polisario Front, Algeria, and Mauritania, for the sake of economic growth and America’s strategic interests, but all those approaches must share an insistence on democracy and self-determination.

Biden is above all a pragmatist; but he also recently voiced positions that set human rights as a core foreign policy priority, and veer more towards the positions of the Bernie Sanders camp, one of the most fervent defenders of the right of people to self-determination.

And it’s not only the people of Western Sahara who look with expectation at the new U.S. administration reversing Trump giving carte blanche to Morocco: Algeria and South Africa would back such a reversal, too.

It is likely that, in looking for a compromise solution for Western Sahara, the Biden administration will resuscitate the Baker Plan, otherwise known as the "Peace Plan for the Self-determination of the Inhabitants of Western Sahara." Negotiated in several versions and over several years in early 2003 by former U.S. Secretary of State James Baker, in his capacity as UN special envoy, the plan gives each of the parties something of what they want, although perhaps not all they want.

Baker suggested an autonomous period of five years under Moroccan sovereignty which would then lead to a referendum. He suggested the model of Puerto Rico, a self-governing but unincorporated territory of the United States.

However, Rabat rejected the Baker Plan. It seems that Morocco insists on a single criterion of "winner takes all." That has guaranteed the failure of United Nations diplomacy up to now and will do so in the future too unless challenged.

It is up to the Biden administration to clarify to Morocco, in the strongest terms, that the United States is returning to normative, not transactional, foreign policy, and that its bilateral relations will be founded not on expediency and incongruous linkages, but justice, human rights, and international law. And that the United States is committed to the endlessly deferred decolonization of the largest subjugated territory in the world.

NOTE: The article was first published on 8 March 20221 in Center for Nationalism Studies, http://nationalismstudies.org/western-sahara-from-trump-to-biden-the-american-game/