Deschide in romana Who we are Contact Sign-in Subscribe
Homepage Focus Readings Printed issues Authors
Interview with Anna Borshchevskaya, senior fellow at The Washington Institute: “Belarus is less free than even Russia, because of Lukashenka”
Alyaksandr Lukashenka has been ruling Belarus with an iron hand since 1994. His dictatorial leadership, frequent violations of human rights in Belarus and repeated election rigging by Lukashenka’s regime pushed an increasingly desperate population over the edge. The last electoral fraud by Lukashenka’s regime - the August 9 presidential elections - triggered mass protests largely labelled as a “colour revolution”. 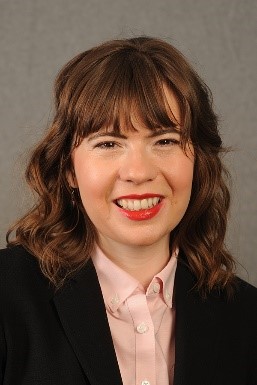 Anna Borshchevskaya, senior fellow at the Washington Institute, shared from her insight on the unfolding crisis in Belarus in the interview offered to the Geostrategic Pulse Magazine.

Geostrategic Pulse:  To what extent can we talk about a “colour revolution” in Belarus, taking into account Moscow’s profound dissatisfaction with Lukashenka over his known opposition to deeper integration of his country with Russia and the Russian attempt to discipline the rebellious leader in the context of the August presidential elections?

Anna Borshchevskaya: The situation in Belarus is not the same as in Ukraine, and perhaps not even the same as in Armenia, though I would say it’s probably still closer to what happened in Armenia than in Ukraine. In Ukraine, protestors brought EU flags to Maidan for example, the protest was about the country’s leadership taking Ukraine away from the path of European integration. In Armenia protestors were fed up with government corruption, and in Belarus the people are protesting against government tyranny.  Belarus is less free than even Russia because of Lukashenka.

What is true of all color revolutions—and this relates to Belarus, is that these were popular protests by people who wanted a change in their governance for one reason or another. It is well known of course that Putin was frustrated with Lukashenka’s resistance to integration with Russia, but regardless no one seems to have expected that the people would rise in protest to such an extent. This shows how fed up Belarusians have been with Lukashenka, that tyranny and repression is ultimately never stable.

What are Russia’s interests in Belarus and the region? Does Vladimir Putin prefer Belarus to be vulnerable, destabilized, and devoid of credibility internationally?

Putin wants Belarus to be integrated into Russia, be dependent on Russia; it doesn’t matter who governs it, he wants Belarus with or without Lukashenka.  This is an extension of the traditional Kremlin approach to the region of outright integrating countries into the Russian empire, or keeping countries on the periphery weak and destabilized. The Kremlin feels secure when others around it are insecure.

It has been limited. To be sure there was verbal condemnation, but especially in the beginning as the smaller countries, such as the Baltic states, who appear to have done the most for the Belarusian people. To be sure there is also discussion of sanctions, but the response should have been more resolute and focused on imposing real costs on Russia.

How strong is Belarus’ dependency on the Russian Federation? How deep has Russia penetrated the political regime in Minsk?

Belarus is one of Russia’s closest CSTO military allies and Moscow has strong connections in Minsk; Belarus is very dependent on Russia economically, including especially as a source of energy; Moscow uses energy subsidies as a political tool of control and dependence.  Furthermore, almost half of Belarusian goods are exported to Russia, Russia is Belarus’ main import partner, and in addition holds almost half of the country’s national debt, so it is Belarus’ main creditor. But with a different government, Belarus could pursue a path of closer cooperation and integration with Europe, and this would be the Kremlin’s nightmare scenario.

Could Lukashenka’s recent meeting with Putin and the subsequently announced Russian loan to Belarus be interpreted as a step towards deeper integration under the aegis of a Russia-Belarus "Union State”?

This is a signal that Putin clearly wants to control Belarus; it is also a sign that a military intervention is last resort, he would prefer to use other means, not only because it would be costlier, but also most likely not very popular domestically. For years now it has been clear that the Russian people are tired of military interventions.

Do you see a horizon for radical changes that would lead to the transition to democracy in Belarus? What could and should the West do to support the civil society in Belarus?

It’s hard to tell, but the West should be doing more to support the democratic aspirations of Belarusians, and it should make clear to Russia that it will impose real costs on Russia, beyond only sanctions, if it tries to integrate Belarus into the Russian Federation. Halting the construction of NordStream2 would be one such clear message.