Deschide in romana Who we are Contact Sign-in Subscribe
Homepage Latest readings Readings Printed issues Authors
Interview with Professor Dan PAVEL on the US Presidential Elections: “The Supporters of Each Candidate See the Opponent as too Old and Mentally Weak”
The US presidential elections are of high interest all over the world, due to their economic, political and social implications. The prospect of Donald Trump’s re-election in a world changed by the Coronavirus pandemic raises several questions.
In the interview he gave to Vladimir Adrian Costea for the Geostrategic Pulse Magazine, professor Dan Pavel analysed the perspectives and challenges represented by the confrontation between Donald Trump and Joe Biden. 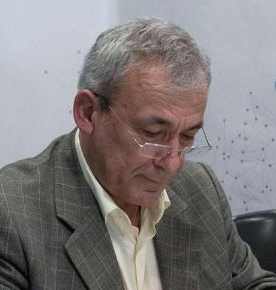 The US presidential elections are of high interest all over the world, due to their economic, political and social implications. The prospect of Donald Trump’s re-election in a world changed by the Coronavirus pandemic raises several questions.

In the interview he gave to Vladimir Adrian Costea for the Geostrategic Pulse Magazine, Professor Dan Pavel analysed the perspectives and challenges represented by the confrontation between Donald Trump and Joe Biden.

Vladimir-Adrian Costea: Professor Dan Pavel, four years after Donald Trump’s election as president, one of the strongest democracies in the world could go through another electoral shock. What are Donald Trump’s chances to get a second mandate as president?

Dan Pavel: I was with some of my friends and we were watching CNN, on June 2015, when Donald Trump first announced his candidature; he was only one of the 17 republican candidates, nobody knew whether he would be his party’s choice, and I cried out – “Oh my God, this guy will win the elections!” Everybody contradicted me except for my youngest son, who laid a wager with his elder sister which he won a year later. There were several explanations for my intuition at that time, however, what I want to say is that today his chances of being re-elected are not that clear any more. The chances were better before the Coronavirus crisis, so it would not have been a shock. There will be a shock, though, if the sitting president loses. In the meantime, the way he acted in 2020 made him considerably vulnerable. Trump has largely kept his base, but it is eroding according to the polls. The situation in some states, which were on the verge in 2016, the swing states, is uncertain once more. In Michigan, he outvoted Hillary Clinton by only 0.23%. Now, however, the president is in conflict with the democrat Gretchen Whitmer, the governor of the state of Michigan, elected in 2018. There are 11 swing states where he won last time, but where he may lose now.

To what extent did the institutional continuities and the rationality of the politics protect the democratic system and the American military superpower during Trump’s mandate in the White House? What are the perspectives should this carnival continue for the next four years?

During my course on US foreign policy, I always give examples on how powerful a president can be, but also on the limits of his power. For example, neither Trump, nor Obama before him, nor anyone else has the power at least to close a US military base abroad. The US democratic system has been constantly undermined by the sitting president, and yet it still endures. In the meantime, the democrats obtained the majority in the House of Representatives, the lower parliamentary chamber, and the Supreme Court of Justice was re-balanced (there are four liberal and four conservative justices, and the balance is tilted one way or the other by John Roberts, the Chief Justice). The military superpower was not weakened; on the contrary, its budgets have increased. The U.S. states are very powerful and, in many respects, are not affected by federal policies. For example, California, the most populous and economically developed state (based on an informal comparison, it is the fifth economic power in the world, on top of France), disregards Trump’s withdrawal from the Paris Agreement on Climate Change. But the US democratic system was in a crisis before Trump became president; in fact, his election was a confirmation of the crisis of democracy, which will nevertheless endure. There will be a post-Trump period, after one or two mandates. Powerful democracies have autoimmune systems that will protect them even against an eventual third wave of de-democratisation (a low tide). I am worried about weak democracies, particularly about illiberal democracies, not the American one.
Donald Trump (© White House)

How do the American voters perceive President Trump? To what extent have their perceptions changed after his electoral triumph in 2016?

Surveys I consulted show that perceptions are relatively the same among the democrat and republican voters; preconceptions and partisanship are strong. What differs are the answers to extremely specific questions on what steps are being taken when it comes to gun control, since the number of attacks committed by mentally unbalanced people or people with a radical agenda have increased, or when it comes to his handling of the Coronavirus epidemic. His rush to restart the economy is not well perceived, considering the fact that the pandemic produces many victims in certain states.

How do the voters perceive Joe Biden? Do you see a remake of the confrontation between Donald Trump and Hillary Clinton?

Joe Biden has a rich biography, fully known especially by people closer to his own age. The progressive democratic voters did not like him very much initially; however, following Bernie Sanders’ withdrawal the confidence in him is strong. Sanders, the former US president Obama, all the democrats support him and the perception is positive. They all believe Biden would beat Trump. Many Americans believe that Biden would have done a better job than Trump, during the pandemic; at the same time, many Americans believe that Trump is doing a better job than the former First Lady would have done, had she become president. The confrontation between the two will be different. I have posted a while ago the disturbing fact that the supporters of each candidate see the opponent as too old and mentally weak. The democrats are working hard to identify a strong woman as a running mate for Biden, so that there is a suitable successor in the event of his death. There are several proposals, including Michelle Obama, the former First Lady, but we shall soon see who his choice is.

The US presidential elections are an important test to world security. To what extent can the US foreign policy become substantially different, especially when it comes to US’ relationships with Russia, China, Taiwan and the countries in the Middle East?

There will be a different world order, especially since China’s prestige is strongly affected by the way the communist leadership lied to the entire planet about the pandemic, did not reveal in time the extent of the danger, which increased the number of deaths and infections (according to specialists, their number would have been between 67% and 85% smaller, had they admitted to the truth from the start and had they taken swift actions, just like Taiwan, which was the best informed state, but ignored when it warned the World Health Organisation). Russia emerged defeated from the short oil war against Saudi Arabia in 2020. Therefore, one of the unintentional effects of the 2020 crisis - medical, humanitarian and a serious recession -  can be the re-emergence of America on the global stage, and the recovery of the ground it lost during Trump’s presidency. In the context of diminishing the American presence in the Middle East, the main piece of news, in the beginning of January 2020, was Trump ordering a drone attack that killed the Iranian general Qasem Soleimani, the commander of the Quds Force, the division of the Islamic Revolutionary Guard Corps and a sort of leader of the Iranian foreign policy and military apparatus. The USA have the power to act against their enemies even while diminishing the American presence in an area. However, a reversal of fortune can occur, especially if the period following the pandemic is poorly managed.

Immigration and terrorism were the main topics which have taken Trump to the White House. To what extent can the Coronavirus pandemic influence the result of the presidential elections?

Trump has attacked the policies of his predecessor and the latter’s predecessors, especially when it came to China, immigration from Mexico, bilateral trade agreements or major projects (Trans Pacific Partnership), and his championed foreign policy was one of non-interventionism (no human loss in useless wars), even if it recommended a firm hand when it came to ISIS/The Caliphate, or agreements on climate change. His topics remain the same, but new dimensions were added. The outcome of the pandemic (the USA have the highest number of infections and deaths in the world), Trump’s major hesitations, delays, second thoughts, the economic recession, all take place in the election year 2020 (unless the elections are postponed by several months).