Deschide in romana Who we are Contact Sign-in Subscribe
Homepage Focus Readings Printed issues Authors
The Russian Military Buildup Around Ukraine: Routine, Seasonal Maneuvers
Recent publications in the Western media about the Russian military buildup along the border with Ukraine (Kyiv Post, October 31) provoked a new round of discussions about whether Moscow intends to resolve the Ukrainian issue by force. 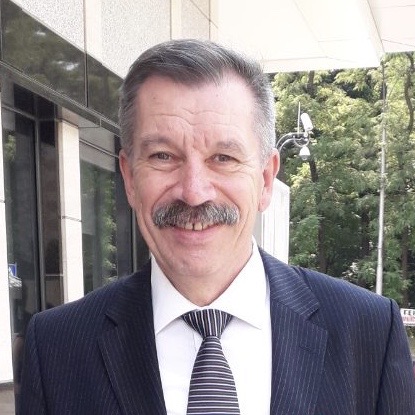 Recent publications in the Western media about the Russian military buildup along the border with Ukraine (Kyiv Post, October 31) provoked a new round of discussions about whether Moscow intends to resolve the Ukrainian issue by force. This worry was based on satellite images of massed armored units and support equipment at Yelnya, in the Smolensk region of Russia (Kyiv Post, November 2), combined with social media reports of apparent movements of Russian military personnel and materiel in areas close to Ukraine.

The Ukrainian defense ministry tried to calm the situation by declaring that it had not observed any anomalies in the movements of Russian units (Mil.gov.ua, November 2). The chief of the General Staff of the Armed Forces of Ukraine, Lieutenant General Serhiy Shaptala, stressed that “there was no increase in [Russian] forces on the state border with Ukraine”. (Censor, November 5) Yelnya is less than 80 miles from the eastern border of Belarus, but more than 160 miles from the northern border of Ukraine.

The last significant increase in the grouping of the Russian Armed Forces in the Western and Southern military districts (MD), which border on Ukraine, took place in March–April 2021. That rapid buildup involved the active use of Russian military training grounds near the Ukrainian border and in occupied Crimea. And those activities were accompanied by a constant movement of troops between bases and training grounds. (see EDM, April 8, 20, 27, May 3, 12) In contrast, the Ukrainian side does not consider these latest Russian military movements an anomaly.

In fact, Moscow has been gradually expanding the military groupings in its Western and Southern MDs since 2014, when relations with the West sharply deteriorated due to the Russian invasion of Ukraine. Given the Kremlin’s deep-rooted opposition to the North Atlantic Treaty Organization (NATO), the political situation in Ukraine and its movement toward membership in the Alliance were a logical trigger for the Russian military expansion in the western strategic direction.

In 2016, Russian Defense Minister Sergei Shoigu announced the formation of two new divisions within the 20th Army of the Western Military District. (RIA Novosti, TASS, May 4, 2016; see EDM, April 5, 2016) Today, these are the 3rd Motor Rifle Division (MRD), based in Valuyki, Belgorod Oblast, and the 144th MRD, based in Yelnya, Smolensk Oblast. And as part of that reshuffle of its west- and southwest-facing defense posture, Russia modernized existing ranges, revitalized abandoned garrisons, as well as established new permanent military bases along the border with Ukraine, Belarus and the Baltic States. But Russia still has gaps there that must be filled with additional equipment and personnel.

The headquarters and units from both new divisions participated in the Russo-Belarusian joint military exercise Zapad 2021, in mid-September (see EDM, September 9, 16, 29). They were reinforced by a battlegroup from Russia’s 41st Combined Arms Army (Central MD), based in Novosibirsk.  After the conclusion of the exercise, the equipment of this latter battlegroup was reportedly left at the Pogonovo training range, in Voronezh Oblast, and at Yelnya, in Smolensk Oblast (Kyiv Post, October 31). According to the satellite imagery referenced by recent media reporting, that equipment remains stored outdoors (Kyiv Post, November 2), far from its home bases and without the capacity for performing scheduled maintenance.

Further delays in returning this equipment would mean either that Russian plans for its operational use in the near future, or it intends to permanently transfer it to the newly created local divisions in Yelnya and Valuyki. In either case, this would indicate that both the 144th MRD and the 3rd MRD have not yet reached full operational readiness.

Reinforcing the 20th Army with two new divisions as well as the strengthening of the 8th Army on the eastern border of Ukraine has altered the pattern of Russian military activities in the region. This relates especially to the operational area of the 3rd MRD (Valuyki, Belgorod Oblast; Boguchar, Voronezh Oblast; the Pogonovo training range, Voronezh Oblast) and the 144th MRD (Klintsy, Bryansk Oblast; Pochep, Bryansk Oblast; Yelnya, Smolensk Oblast). Prior to the conflict with Ukraine, these areas were sparsely populated rural territories with a minimal military presence. But the subsequent deployment of permanent military bases has led to an intensification of transport movements in the region related to combat training, logistics and supplies. Furthermore, the emergence of new associated command-and-control (C2) elements has resulted in an increase in electromagnetic activities in the area.  All of this should, therefore, now be considered a routine backdrop to the Russian military presence along the northern border of Ukraine.

The seasonal nature of military activity in Russia should also be taken into account. The summer training period ends in October–November, after which many troops return from the training grounds to their bases. Some air-defense units involved in various exercises have to be transported by rail from the Ashuluk range, in Astrakhan Oblast—a distance of more than 1,000 kilometers. An external observer unfamiliar with these aspects could easily perceive such developments as evidence of increased military activity with unclear goals. And this kind of uncertainty, obviously, raises suspicion and anxiety.

Over the past five years, the creation of permanent new divisional military bases in the Russian regions adjacent to Ukraine has naturally led to increased seasonal movements of military equipment and personnel in the 200-kilometer zone around the Ukrainian border. And deliberately or not, this activity contributes to Moscow’s broader “hybrid” strategy of keeping up psychological pressure on Kyiv and the West through military, economic and information leverage. That phenomenon should certainly be recognized, but care is need to ensure it does not confuse or color the vigilance of Western democratic societies regarding Russia’s true intentions and covert actions.

A free, independent and prosperous Ukraine remains a major apprehension and a key strategic challenge for the current regime in Moscow. Russia will use every available means to destabilize Ukraine and be the first to “help the Ukrainian people get rid of the anti-Russian regime.” Within the “hybrid” tool chest, the Kremlin’s military tool for this purpose is already at hand.