Deschide in romana Who we are Contact Sign-in Subscribe
Homepage Focus Readings Printed issues Authors
Professor Chris Alden (LSE): “African development economists have always been interested in ideas, experiences and models from both inside and outside the continent”
The development and modernization of the countries in Africa has always been a priority for BRICS countries and their African counterparts. Given the significant degree of economic dependency and high levels of poverty at independence, the development of countries in Africa has been largely been intertwined with the relationship with the former colonial powers. The rise of leading emerging economies like China and India have had made a strong impression on Africans, both for their direct influence on African economies but also for the ideas and models of development. 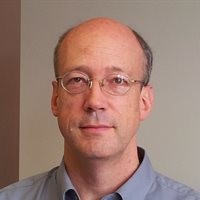 Professor Chris Alden of London School of Economics and Political Science (LSE), specialized in International Relations and Director of LSE IDEAS, has offered his views on Emerging Powers in Africa in the interview offered to Vladimir Adrian Costea for the Geostrategic Pulse Magazine.

Geostrategic Pulse: The African markets have once more become attractive to the emerging powers. The collaboration within BRICS and, at the same time, the competition between China, India, Brazil, South Africa and Russia is visible on a global level, especially in terms of redefining the power balance. How do you see the current dynamic of the commercial flows to and out of Africa?

Chris Alden: Emerging powers have seen in African resources and, to a lesser extent, African markets a host of economic opportunities.  This has shaped much of their approach to the continent in the last two decades. Contemporary commercial flows remain focused first and foremost on leading BRICS countries like China and India as importers of resources from Africa. The problem that this poses for Africa is this relationship does not change substantively their position in the global value chain, aka, as a provider of basic commodities and an importer of finished goods which has of course featured in Africa’s relationship with traditional economies in the West.

To what extent the economic interests of the emerging powers and the resources that the African countries have at their disposal can cause new regional conflicts, taking into account the nature of the political regimes in those countries?

Resources in themselves do not cause conflicts but the management of those resources – both domestically and in regard to external powers – can fuel or trigger conflicts. Those African governments which are not able to distribute the revenue gains from resources into concrete economic improvements for their populations will always be accused of potentially courting domestic instability. This situation can lay the seeds for external intervention as local factions or movements collaborate with external actors to pursue their respective agendas.

Where do the USA, the UK and the EU stand with regard to this simultaneous economic and political competition with BRICS?

The focus of the US, the UK and the EU has been on competition with BRICS countries in selected sectoral areas – provisions for energy or mining resources in Africa, for instance – in the economic sphere while engaging in political competition over regional and global issues like international intervention and human rights. Some of these political disputes arise out of efforts to win African support at multilateral institutions for BRICS positions or to counter Western efforts to censure BRICS countries. Vaccine diplomacy is the latest example of a combined effort at promoting closer ties between BRICS countries and Africa. At the same time, there have been a number of initiatives pursued by the West to encourage cooperation at ministerial levels or in response to specific crisis, for example the Ebola crisis of 2014, which saw strong cooperation between Western governments and China in particular.

To what extent could the economic growth models of the emerging powers be sustainable in order to be applied to underdeveloped or developing countries? Does such a model really require a different governing model on a local level?

What successful emerging economies all have is leadership, strong local institutions, an economic plan for the allocation of limited resources to foster key sectors and strategic engagement with external partner countries to secure market access and FDI.  None of this implies adoption of specific governing model; indeed, despite the contemporary assumptions that single-party regimes are necessary for rapid modernisation, the evidence overall suggests that authoritarian states with their lack of accountability and transparency have had some of the poorest track records in delivering development to their domestic populations. What is overlooked regarding the emerging power economic models is that they have been largely been export-oriented, so they require a functioning and open international trade system and in particular cases relied on preferential access to key industrial country markets like the EU and the US. The shakeup of this international trade system over the last few years demonstrates how vulnerable emerging market economies are to changes in access and openness.

Are the countries in Africa open to outside coordination so as to apply a development model, or do they really want to make their own way?

African development economists have always been interested in ideas, experiences and models from both inside and outside the continent. African governments have at different historical junctures sought to coordinate their economics, notably from 1980 onwards through the creation of regional economic organisations like ECOWAS and SADC to improve their economic power. Currently a new initiative, the African Continental Free Trade Agreement, is being ratified and is set to promote intra-regional trade across the whole region. Outside coordination of course has featured three areas: in the enduring and continuing legacies of the former colonial powers in African economies; the post-Cold War imposition of neo-liberal policies; emulation of emerging power – China in particular and to a lesser extent Brazil – examples of development.

How do you see China’s assertiveness towards Africa? And, do you think the Chinese strategy to invest heavily in infrastructure (digital included) and manufacturing, set technical standards, lock countries into carbon-intensive power generation, have greater influence over countries’ political decisions and acquire more power-projection capabilities for its military could be countered by the US and EU? If so, how?

China’s influence in African economies is undeniable and is gradually reshaping their orientation not only in trade terms away from the EU (and to a degree the US, but the changing energy profile in US more influential in diminishing economic involvement) but in longer term structural economic engagement as well. There is evidence that this is influencing African positions in multilateral settings to support Chinese interests. If the US and EU wish to counter China’s growing influence, they will need to provide equivalent development initiatives (loans and grants, infrastructure) on better terms than those provided by China. Demonstrating that these provisions align more directly with the African Union’s continental development plan, Agenda 2063, and the UN’s SDGs might be a good place to start.

Professor Chris Alden teaches International Relations at the London School of Economics and Political Science (LSE) and is Director of LSE IDEAS. He is a Research Associate with South African Institute of International Affairs (SAIIA).