Deschide in romana Who we are Contact Sign-in Subscribe
Homepage Focus Readings Printed issues Authors
Duterte’s Independent Foreign Policy Befalls to Philippinedization
Populist Filipino president Rodrigo Duterte, almost at the twilight of his regime as he exits his presidency on June 2022, espoused a blurry ‘independent foreign policy’ as the chief architect of the Southeast Asian state. 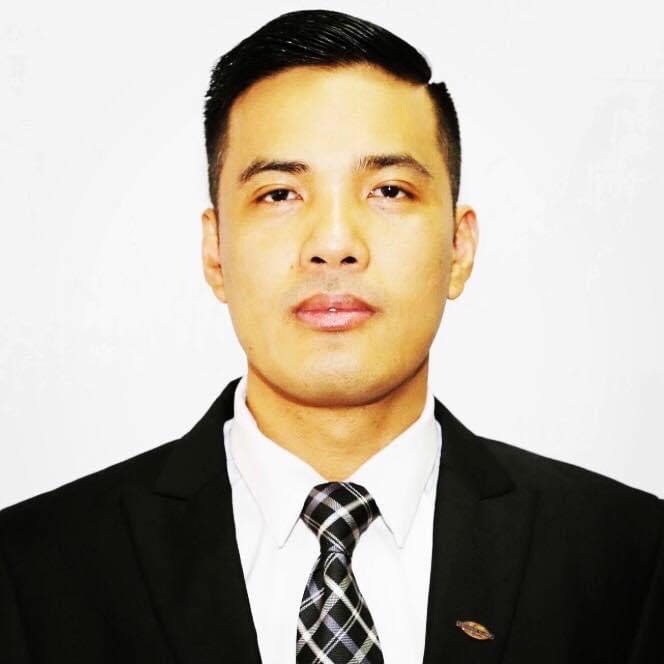 Populist Filipino president Rodrigo Duterte, almost at the twilight of his regime as he exits his presidency on June 2022, espoused a blurry ‘independent foreign policy’ as the chief architect of the Southeast Asian state. It draws a thin line of hallucination from Suharto’s reincarnated ‘free and active’ foreign policy in circumventing conflicts among major powers or Jawaharlal Nehru’s ‘wisdom of nonalignment’.

When he redesigned the architecture of Philippines’ foreign policy, carrying a prominent promise for an independent foreign policy in 2016, with expressed articulation coded from the land’s supreme law, he slowly detaches the Philippines from the United States and yields to China’s want.

The Philippines could have shaped the world order if Rodrigo Duterte, the feisty first Filipino president from Mindanao, continued the fight of his predecessor in containing China. After all, it was a bluff. A blunder that has trapped him in his ambitious, yet unclear independent foreign policy which primarily lacked Ferdinand Marcos’ sharpness in foreign policy and Benigno Aquino Jr.’s knack on law fare.

If the sequence of an analytical, rational, and sequential Philippines’ foreign policy strides in a strong policy institutionalization, and not in a skewed six-year term survival, Manila may have gained a robust respect in the region, that even Hanoi and Jakarta, could have emulated its maritime battle against Beijing.

Yet, the gullible reverberation of Manila’s policy options since June 2016 ignored a syndetic foundation of confronting the military might of Asia’s most powerful state as Duterte dined-in to  Xi Jinping’s banquet in Beijing of August 2019, his last official visit before the onset of the coronavirus pandemic that originated from China. It was a symbolic tribute mission to discuss the volatile sea row and harvest unfulfilled economic pledges from the Middle Kingdom.

But what happened to the archipelagic Philippines leaves a symbolic scar of hedging defeat despite a conquering landmark case of maritime ruling in the region that leads to the ascent of Philippinedization. This leaves the Philippines to a scant mendicancy of China’s mercy at the peak of its flawless grand strategy exuded in the South China Sea.

But Manila’s triumphant legal victory on July 12, 2016 from The Hague ruling sowed a meretricious rhyme of the beginning of an end. While the Philippines swept an overt unanimous award in the South China Sea (SCS) arbitration case, covert economic and diplomatic rapprochements with Beijing at the strategic level gives rise to Philippinedization.

It paves a way for Philippinedization as a conceptual framework more workable for equipoising Beijing and Washington over Manila’s own mix of everything in its flip-flopping foreign policy. In layman’s term of William Van Orman Quine’s popularized belief of ‘hold come what may’, Philippinedization pursues a fatalistic approach of anything happens and whatever comes about in resolving situational problems it faces in the aqua-blue waters of the South China Sea.

In this gargantuan case, it is “how to solve the problem like the West Philippine Sea?”

The cardinal inquiry paves a way for Philippinedization that bids for a higher echelon of competition while maintaining geopolitical flexibility of combined calculated agreement for trade advances and simultaneous military buildup.

The rise of Philippinedization visualizes Manila’s potential precarious inertia that recreates robust policy experimentation and innovation or the reconstruction of a whole-of-alliance approach. If prudently navigated, a wide foresight of its own crisis management in territorial defense could generate positive economic and security externalities. Contrary to a neorealist Waltzian approach that may incubate a structural realist’s realpolitik in the depiction of anarchic and Darwinian protectionist behaviors of claimant states in the South China Sea.

The Philippines’ pivotal role in the South China Sea’s continuing saga scrawls a strategic importance between the two competing Argonauts in the region. In spite of being dwarfed by hegemony, Manila carries a hoof position of incredulity that cannot be discounted even by Hanoi or Jakarta or Taipei.

For instance, the fear factor that Beijing’s camouflaged China Coast Guard reintroduced to the regional security complex, after a heated ratification of the China Coast Guard Law last February 1, 2021, brought some silver linings in the lethal use of force of white ships. The xenophobic attitude of China’s larger coast guard vessels simultaneously guarantees it to flex muscle on foreign vessels’ entering Chinese maritime jurisdiction.

The manner of reaction has caught indispensable loathe from moniker vassal states and rival naval big powers. This leads one vocal nation to sway another denouncing China’s aggressive regional expansion and global ambition in the sphere of maritime domain. As a defense mechanism, the Philippines came in as the first country to file for diplomatic protest, equating China’s sea vanguards’ new maritime law as a verbal threat of war.

It came to a point when Duterte triggered to shelve the termination of the Visiting Forces Agreement (VFA) that operationalizes the 1951 Mutual Defense Treaty (MDT) between Manila and Washington on June 3, 2020 from a mere cancellation of the US visa of his senator ally, the chief implementer of his contentious drug war.

Although, Duterte’s rebuttal to the White House in 2019 on the validity of the MDT made an impact when the US under Donald Trump made a serious rebalancing act in spite of American foreign policy overtures in the Indo-Pacific region. The US’ indecisiveness of an Asia-centered security strategy to contain China headed to conceivable reason of Manila’s toning down of expectation from US pledge that resorted to pragmatism by hedging against perceived threats.

But on March 10, 2021, the US’ charm offensive has not waned yet when it sent a list of weapons and military hardware to gratify the demand of payment of the most powerful nation to Asia’s one of the weakest armed forces in exchange for retaining the Visiting Forces Agreement (VFA) as part of the Philippine military’s second phase of modernization program.

The checkmate moves of Manila and Washington that surprised Beijing last April 16, 2021, when the two allied forces activated to massively send its strongest response yet against China’s expansionist militarization into the West Philippine Sea. The Philippines sailed four of its most advanced warships that include the two brand-new missile-guided frigates, the BRP Jose Rizal and the BRP Antonio Luna; while the US deployed a formidable assault ship, USS Malkin Island, with escorts of submarines, destroyers, and cruisers to the contested feature of the Whitsun Reef.

This, despite a scenario of lessening Manila’s dependence on Washington while maintaining historic alliance brought by indecisive abrogation of the VFA and other defense treaty with America could sizably affect the enhancement of operability to conduct joint operations with allied forces. This will have a chilling effect for a year to come before the next presidential election, given Duterte’s flip-flopping foreign policy as a result of a volatile and ambiguous regional security, this may be attributed to the ascent of Philippinedization, a newly-concocted framework that sophisticatedly downplayed during his tenure as the Philippines’ controversial contemporary leader.

NOTE: Dr. Chester Cabalza is the Founder and President of the Manila-based think tank, International Development and Security Cooperation (IDSC).