Deschide in romana Who we are Contact Sign-in Subscribe
Homepage Focus Readings Printed issues Authors
Interview with Robert Adam: “Populism is consubstantial with democracy. It is the Iron Mask of representative democracy, the hidden twin. It cannot just vanish, as it is part of democracy’s DNA”
Politically speaking, the rhetoric of populism triumphs, in a world where the threat is global, is indicative of the rise of political populist movements. Such narrative existed and will continue to exist independent from the nature and size of threat. 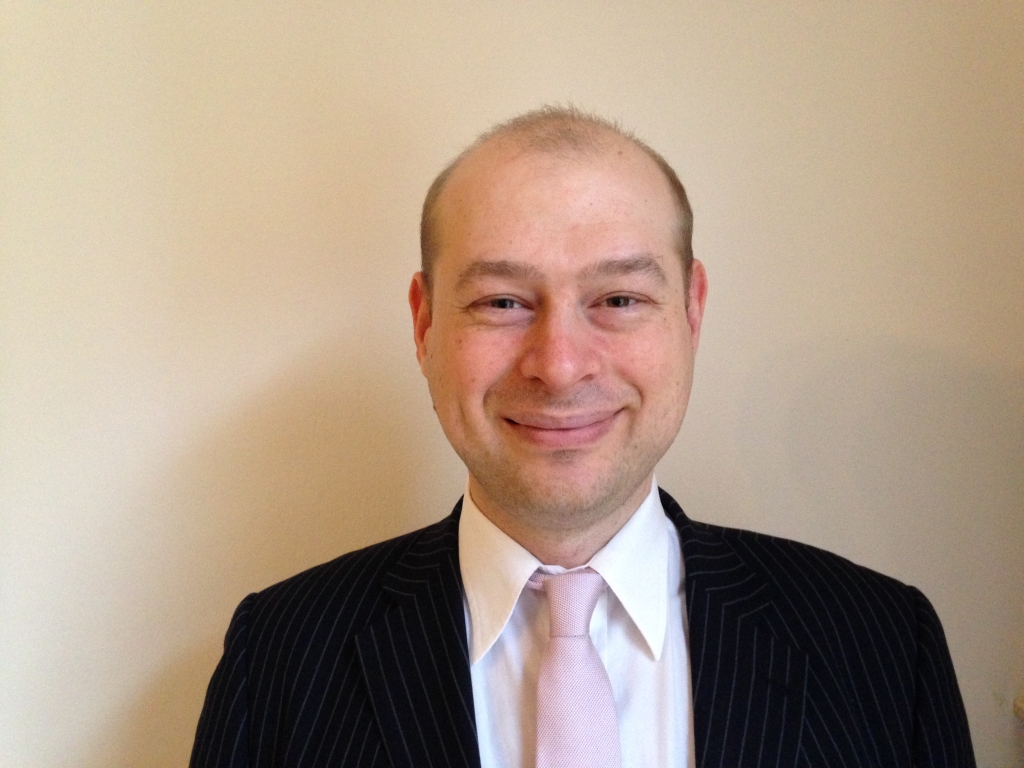 Robert Adam, a diplomat, political scientist, and op-ed author, has offered his views on Populism in Times of Pandemics in the interview given to Geostrategic Pulse Magazine.

Geostrategic Pulse: For about a year now, the coronavirus pandemic has captured the headlines of the global media. Faced with a global crisis, populist leaders have meant, through their narratives, to take advantage of the growing fears and splits in the communities most affected by the pandemic. To what extent was the populist rhetoric intended at discrediting, in this context, the trust and image of experts, especially those in the medical/health field?

Robert Adam: Populists thrive by cultivating the dichotomy between ‘real people’ and the elites. But, as Princeton historian Jan-Werner Müller wrote in an op-ed for The Guardian, the current trend is to denigrate only those elites who claim authority based on education and special licensing (doctors, lawyers, professors). During the pandemic, health experts rose to prominence and challenging their expertise was an easy way to flatter the public opinion. Nobody likes bad news and health experts had to ‘sell’ them. In hard times, siding with the ‘people’ and discrediting the opinion of medical experts was a straightforward strategy to keep the approval ratings up. However, COVID-19 deniers like Boris Johnson, Donald Trump or Jair Bolsonaro eventually caught the virus. Tanzanian president John Magufuli, another virus-sceptic, even died. This prompted most leaders to act cautiously. The conspiracy theories and the attacks on medical /health experts remained the preserve of fringe politicians. Disgruntled individuals, against the background of fear and economic downturn, are more likely to lend a benevolent ear to such a discourse than in normal times. On social networks, negative emotions trigger six times more engagement than positive ones. The criticism of experts is used as a highway to political influence by many newcomers or marginal political actors.

In the fight for resources and survival, the narrative based on supremacy and competition has criticised and challenged the idea of increased cooperation and solidarity at a supranational level. Has this approach proved to be a winning one for populist leaders?

‘No man is an island’ English poet John Donne wrote almost four centuries ago, in a famous poem about the social nature of the human being. However, in a pandemic age, the complex of the besieged citadel is scaling up. Disoriented citizens expect protection from the nation-state, which is a fair requirement, part of the social contract. This includes quick access to vaccines. However, very few countries are for instance able to produce vaccines on a large scale. Only by pooling scientific, financial, and technological resources were vaccines so quickly developed, approved, produced, and distributed. Smaller international actors can hardly access vaccines.

The proponents of the ‘supremacy’ narrative would need to both: a) be able to provide quick and credible protection exclusively with in-house resources (only the USA, China and the EU have the critical weight to envisage such an option); b) secure at all costs the missing resources abroad and afford the blame for selfishness in a global crisis (no country or block can). This narrative seemed tempting for Donald Trump or Boris Johnson, but their respective economies are highly globalised, and the reputational costs would have proven too high. Nevertheless, there is everywhere a segment of the population which favours national solutions to all problems and crises tend to expand it. But they are not in a position to shape policy decisions.

Prone to inherent criticism because of the severe social and economic crises, traditional parties and institutions have managed, at least for now, to diminish the rise of the populist movement, incapable of coming up with sustainable measures. What seems to be a paradox, at the level of public opinion in the countries seriously affected by the pandemic, the citizens' expectations were not met by the populists’ proposals that played on change and not on stability and safety. That given, did the crisis caused by the COVID-19 pandemic have the necessary impact to trigger a reconfirmation of the social contract between citizens and their countries/ governments?

The question might be: beyond the possible opportunity to seize power, were populist leaders really interested in taking over in such a context? For political leaders who tried to play down the pandemic, harsh reality hit them quick and hard (the cases of Trump, Bolsonaro and Johnson). For the populists in opposition, the opportunity was rather to capitalize on the crisis and sow the seeds of future electoral gains. Only the gambit was sometimes too obvious. Societies where the level of trust and social capital is higher fare better in the pandemic, a study shows. In these societies, the social contract shall emerge reinforced. On the contrary, in countries with chronic political problems, the social tissue shall tear apart more easily.

At the same time, was the reluctance to change accompanied by even more exigency towards the populist narratives or, on the contrary, it represented the proper environment for the rise of political leaders who present themselves as saviours?

Crises always propel populist leaders. They come up with simple solutions for complex situations and very few are those who can really take into consideration enough aspects to make informed political choices. But a pandemic requires responsible leaders able to make unpopular decisions. Pandemic populism was either too cynical: ‘the virus only kills the weakest, no need to cage everybody’ or too conspiracy-based: ‘it is just a flu’ to draw enough support. The saviours shall arrive after the crises, when those who made tough decisions shall pay the political price for them.

Electoral consultations during the pandemic have shown low electoral turnout, and electoral campaigns have lost the energy usually exuded and transferred during meetings attended by large numbers of voters. To what extent did the lack of in-person campaigning and elections being carried out in a dull environment constitute major impediments for populist leaders and parties?

There is no rule that the turnout be low in pandemic times. The Polish presidential elections scored the second highest turnout in 30 years for both the first round and the run-off. The US presidential elections saw a record voter mobilization. In March 2021, the Dutch legislative elections also drove citizens to polling stations in huge numbers. The low turnout for the Romanian legislative elections was not due to the pandemic, but to other causes, including voters’ perception that the elections were run in advance. Populist leaders have become experts in online campaigning, and they are able to capitalize on discontent and anger. Mainstream parties had all interest to keep campaigns dull in a pandemic environment, as intense emotions in such a context could mainly benefit antisystem movements.

While limiting the expansion and the effects of the pandemic was the main challenge for the year 2020, for the upcoming period of time we can identify as main challenge the current social and economic crisis. To what extent can the tensions and discontent accumulated over the past year create a proper environment for the rise of populism?

If the pandemic was a missed opportunity for populism, its social and economic consequences, as well as the limitations of freedom, can breach the dams and allow a populist wave to sweep the shores. Crisis, transitions, transformations are a fertile soil for all sorts of populist movements. The economic costs of the pandemic, which have been rolled over, shall need to be paid in the coming years. This will undoubtedly trigger frustration and discontent, the magic seeds for populist harvests.

On the other hand, populism has been strongly linked to Brexit, the rise of Marine Le Pen, and especially to Donald Trump’s victory in the US presidential elections in 2016. After Trump leaving the White House, and since he has been banned from social media, can we expect a crisis of populism?

Populism is consubstantial with democracy. It is the Iron Mask of representative democracy, the hidden twin. It cannot just vanish, as it is part of democracy’s DNA. Populism is cyclical, with low and high tides. The perception of populism as a ‘syndrome’, a disease of democracy has a long history in social sciences. But this does not necessarily render it accurate. The questions populism asks are more often than not relevant. The problem lies in the answers it provides, which are mostly wrong. However, one can also envisage populism as the antibodies of democracy. If it encourages grassroots participation and does not question the system itself, it is also a valid assumption that the impact of populist discourse on the health of democracy might be positive.

Robert Adam is a diplomat, political scientist, and op-ed author. He holds a PhD in political science from the Université Libre de Bruxelles (ULB) with a dissertation on populism. Academically trained in France (École Normale Supérieure, Sciences Po, Sorbonne) and Romania (University of Bucharest), he is a research associate at the ULB CEVIPOL (Centre for the Study of Politics) and a guest lecturer at the Faculty of Political Science, University of Bucharest.

His book Două veacuri de populism românesc (Two centuries of Romanian Populism) was published by the major Romanian house Humanitas in 2018. A French version is due for the last quarter of 2021.

In the Romanian diplomatic service, he was posted in Paris and Brussels and he currently works for the European Union. He is regularly consulted by Romanian and international media (Belgium, France, Republic of Moldova). Mr. Adam is a contributor to Romanian online media PressOne and he publishes in peer-reviewed journals in the UK, France, Belgium and Romania.