Deschide in romana Who we are Contact Sign-in Subscribe
Homepage Focus Readings Printed issues Authors
Good fences make good neighbours – building resilience in the Indo-Pacific region
The Australian Government has a long history of capacity building initiatives across the Indo-Pacific region with the objective to sustain the sovereignty, stability, security and prosperity of the region. The initiatives are delivered through aid programs, defence cooperation programs, medical and health projects, academic and professional exchange programs etc. 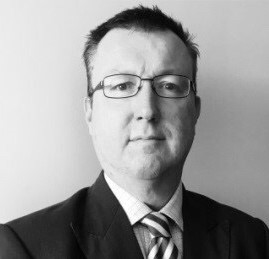 Good fences make good neighbours. This line from Robert Frost’s famous poem Mending Wall is often misunderstood. Some take it to mean that having hard barriers in place will keep neighbours apart and therefore prevent problems. However, in the poem the very action of rebuilding the fence together every year is what brings the neighbours closer. By spending time together, talking and repairing the fence the two characters become better neighbours.

Our future is deeply intertwined with our Indo-Pacific neighbours and we have an enduring interest in the sovereignty, stability, security and prosperity of the region. This benefits all who live in it. Resilience refers not simply to safety or security, but to the capacity of a system to recover from changes and shocks in its environment. These shocks can be internal or external. Building national resilience in Australia should not only be seen through the lens of strengthening domestic systems, economic settings, critical infrastructure and other programs. It is also about ensuring we have a resilient neighbourhood.

The Australian Government has a long history of capacity building initiatives across the region with this objective in mind. The initiatives are delivered through aid programs, defence cooperation programs, medical and health projects, academic and professional exchange programs etc. These seek to help build stronger communities and more stable governments so that Australia can improve its own economic and security interests, therefore become more resilient.

However, this policy approach, while well intentioned, is not always matched with well-designed practical initiatives and engagement. This is sometimes due to a lack of country-specific literacy and programs being designed and delivered in an Australian-centric manner. Therefore, we need to build a deeper understanding of the region within our government policy makers, business leaders and academic institutions (secondary and tertiary). Anyone who understands the region will know that key to success is underpinned by personal connections and networks. These take time to develop, patience and a strong understanding of local drivers and conditions.

To explore how simple, well-designed programs can succeed let’s look to one of our largest, most important, diverse and dynamic neighbours – the Republic of Indonesia.

Australian politicians of both persuasions regularly state that Indonesia is one of Australia’s most important strategic partners. What this actually means in terms of Australia’s foreign policy priorities and practices is, however, often contested. While there have been some excellent achievements – most recently with the finalisation of the Indonesia-Australia Comprehensive Economic Partnership Agreement for which the Morrison and Widodo governments should be applauded – misperceptions and misunderstandings remain on both sides.

Looking back a decade, in his historic 2010 speech to the Australian Parliament, former Indonesian President Yudhoyono highlighted the dangers posed by the perceptions that Indonesians and Australians have of one another. He said “I was taken aback when I learned that in a recent Lowy Institute survey … there are Australians who still see Indonesia as an authoritarian country, as a military dictatorship, as a hotbed of Islamic extremism or even as an expansionist power”. The president highlighted a key element to overcoming these barriers is through better people-to-people linkages.

Progress has been made, but I would argue that we need to continue to strengthen these people-to-people linkages. Below are two small, but important, practical models that could be followed.

In 2011, the Australian Department of Defence launched the Indonesia-Australia Defence Alumni Association or IKAHAN (www.ikahan.com). The purpose of IKAHAN is to foster relationships across the large, diverse, and sometimes misunderstood, bilateral defence relationship. It provides a platform to exchange ideas, interact in new ways, build relationships within the future leaders on both sides, dispel myths and encourage dialogue between the senior leadership.

Notable Australian members include former and current Governor-Generals of Australia, former senior Australian Defence Force leaders, leading academics and thought leaders. There is a similarly impressive membership on the Indonesian side. Senior leadership is important, but likewise is future leadership and IKAHAN boasts a large cohort of junior members. The simple act of establishing a vehicle to better promote understanding and engagement that resonates for both sides has added a depth to the bilateral relationship not imagined before.

Coincidentally, in 2011 the Northern Territory Cattleman’s Association established an exchange program to bring Indonesian animal husbandry students to northern Australia to learn about Australian cattle production systems and foster greater cross-industry understanding of the unique challenges faced by producers in both countries. The Indonesian students typically spend eight weeks in Australia gaining practical hands-on training working alongside Australian stockmen and women on northern cattle properties. Several of the Australian host families then visit Indonesia to reunite with the students they hosted in Australia and to learn more about Indonesian agriculture and its requirements as a market.

Many of these Indonesian students go on to become leaders in their field. These relationships cannot be valued in dollar terms but hold an immeasurable value in one of Australia’s most important live export markets.

Both programs continue today and both are in important sectors that have been tested in the past and will likely be tested in the future. The philosophy and approach taken to weather proof these sectors can be applied across the Indo-Pacific region. By adding ballast to our bilateral relationships through people-to-people linkages we can better manage future shocks and therefore add resilience to Australia and our neighbourhood.

Practical first steps that we can take to help build this ballast include, increasing the capacity and depth of Asian studies programs in our schools and universities, designing genuine collaborative government programs and projects (which will often require to do things differently to the Canberra norm and mindset) and building Asia capable business leaders who better understand our northern neighbourhood – which equates to almost 60 percent of the global population.

As we move out of the pandemic, Australia has the opportunity as a middle-power to match our rhetoric with practical action. We have the opportunity to become a good neighbour, let’s not let it pass us by.