Deschide in romana Who we are Contact Sign-in Subscribe
Homepage Focus Readings Printed issues Authors
“The EU budget is a symbol of solidarity and common interests and it benefits every single Member State”
Faced with new challenge represented by the need to manage the consequences of the COVID-19 pandemic and the growing pressure of the Eurosceptic populist movements, the European Union was forced to provide both an immediate response, which could reflect the ability of the Member States to act according to the principle of solidarity and a medium term solution as part of the Multiannual Financial Framework for the years 2021 to 2027, a solution reflecting the vision of the 27 member states on the future of the European construct. 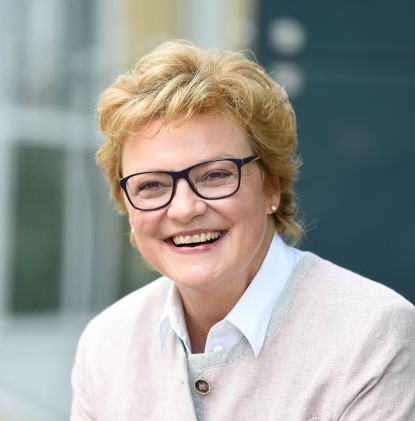 Geostrategic Pulse: We are currently trying to identify and understand the new challenges posed by Brexit. What are, as of now, the main prospects and challenges regarding the post Brexit global strategic prediction of the EU?

Monika Hohlmeier: Well, we lost one of the economically strongest and politically outspoken members of the EU. The UK has also been the most prominent defender of open markets, a point of view that many member states do not share and which will be reflected in the EU’s trade policy. I assume we might also see changes in the financial sector, which is not yet covered by an agreement, while in the meantime there is a transition of most euro-denominated assets out of the UK, increasing the activities in Paris and Frankfurt. The impact of Brexit is so profound that we will only see the consequences in the next weeks and months, maybe even years. Nonetheless, the UK depends on the EU and likewise, we need the UK. Finding an agreement was the only alternative we had and we must build upon this to ensure that we remain competitive, focused, and ready for the challenges of the 21st century.

Articulating the EU budget continues to represent a particular stake. What are the most sensitive issues regarding the financing of investments in the EU? Where does the EU need to adjust its budget and actions?

The EU budget for 2021 is 163.5 billion euro, for the next seven years the EU budget totals almost 1.1 trillion Euro of which almost 94% are used for investments. I am not aware of any other budget that can claim the same. The EU budget is a symbol of solidarity and common interests and it benefits every single member state. I believe it is important to underline how many countries, businesses and individuals benefit from it. EU funding finances cohesion policies, supports farmers and students, enables excellent research and innovation, provides funding for border control and police forces, funds EU sky and space activities, and supports small and medium-sized enterprises from Helsinki to Porto. The major deficit of EU investment might actually be that the EU often does not properly display, announce or visibly label what it finances. Therefore, others can claim they are responsible or even worse, no one knows that something was made possible by EU funding. However, I do see some other issues that we need to address at EU level. There are still too many cases of fraud, corruption and misallocations. While some oligarchs and other already very wealthy families accumulate vast amounts of money and push for a concentration of land via conglomerates as witnessed for example in the Czech Republic with Presidents Babiš’ Agrofert empire, small farmers and business often do not get their fair share. This means we must review and improve agriculture-land distribution and talk about how we can better support small farmers. This is something I believe, also concerns Romania.

We must also improve our ability to track and trace EU money flows down to the financial beneficiaries to gain an accurate overview of the true distribution and concentration of EU funds with a possibility to quickly react and stop such transactions. I am currently fighting for a mandatory digital IT reporting, monitoring and audit system, which is interoperable with the different systems in use in member states and would provide us with such an overview. Unfortunately, some member states are fiercely opposing this in the Council and have so far blocked or watered down all constructive proposals for modernising and digitalising the European reporting and audit, because they benefit from a lack of transparency.

To what extent does the Multiannual Financial Framework and the recovery instrument Next Generation EU set the ground for overcoming the economic, social and political challenges that the EU is currently facing?

If we go back by one or two years, when Corona was unknown to all of us, the idea of having a 750 billion Euro recovery fund to help the EU and in particular, the most affected member states to overcome the challenges inflicted by this pandemic would be something theoretical just for political scholars and Think Tanks in Brussels. We made a leap of such massive scale in European integration and solidarity that it will take us some time to understand what actually happened. While some of the decisions surrounding the proposal can be contested, in particular the exclusion of the European Parliament (EP) from the decision-making process, I think Germany and France made the right proposal for Europe and have shown that we need a Union that sticks together and faces a challenge such as Covid-19 united. The economic and social consequences are so far-reaching that no member state will be able to recover by itself. The RRF (Recovery and Resilience Facility), which encompasses 672.5 billion Euro out of the 750 billion Euro package, will not just finance a list of wishes of the heads of state and governments. There are clear provisions that the money must be used inter alia for the green and digital transition, sustainable and inclusive growth, and policies for the next generation. This is the direct result of the EP’s continuous efforts to secure clear allocation criteria for the recovery fund. My Romanian colleague Siegfried Mureşan, who was part of Parliament’s negotiation team, played an important role in achieving this. Unfortunately, the member states included some loopholes in the final agreement to give them room to manoeuvre. The European Parliament must be very careful now to ensure that the money goes where it creates the biggest benefit for our societies. While the European Parliament fought for a direct participation in co-deciding the funding allocation for each member state to guarantee that RRF-funds do not finance recurring national expenses, we can only check the national reform plans and track milestones. But do not doubt for a minute, we will be loud if we detect any inconsistencies or misappropriations.

To what extent have the current European mechanisms enabled cooperation, coordination and a quick response? Have the actions taken by the EU contributed to reducing the consequences of the economic and social crises in the Member States?

Absolutely. The best example to illustrate this is the European Support Instrument (ESI), which was introduced within a few weeks by the European Commission right after everything shut down in early 2020. The instrument helps Member States to address the coronavirus pandemic. It became clear that the needs could best be addressed in a strategic, coordinated manner at European level rather than every capital undertaking its own efforts. Basically, ESI allows the EU budget to step in to provide emergency support. The money financed the development of the Corona-vaccines, create strategic medical stockpiles all over Europe, bring back thousands of stranded tourists to the Member States, and transfer patients as well as medical personnel and mobile medical teams among countries.

If we look at the bigger macroeconomic picture, the launch of SURE (The European instrument for temporary Support to mitigate Unemployment Risks in an Emergency) has introduced the possibility to provide financial assistance up to 100 billion Euro in the form of loans from the EU to affected members. The money is supposed to address sudden increases in public expenditure for the preservation of employment, for example by financing short-time work schemes. As of today, 18 Member States have requested 90.3 billion Euro in financial support via SURE, which is a clear sign of member state cooperation and solidarity to me.

On a global level, what measures has the EU adopted, and intends to adopt, to help vulnerable regions and communities?

Development, neighbourhood and international cooperation remains a core pillar of the EU budget. The long-term budget (MFF 2021-2027) of the EU foresees 98.4 billion Euro for cooperation with third countries. A lot of the development funding in 2020 was re-directed as part of the EU’s efforts to combat the consequences of Covid-19 in countries outside of the EU. The focus of EU action is going to shift a bit, as European actions will address more and more the Western Balkans, the EU's wider Neighbourhood and Sub-Saharan Africa. While we want to help stabilise our neighbourhood countries in the South and East to decrease refugee flows and offer people a perspective in their home country, we also have an interest that the countries become reliable and stable political allies. I have very much supported the initiative of a Marshall Plan with Africa, because having two neighbouring continents differing to such an extent will simply not work. The pandemic response and mid-to-long term development activities need to go hand in hand. The Western Balkans on the other hand might have a perspective of joining the EU in the next decade. This of course assumes that they will fulfil the   Copenhagen Criteria and all other requirements, which means additional efforts on their part, in particular in the area of rule of law, fight against corruption, institutional stability, and economic coherence.

How is the debate regarding the scenarios for Europe by 2025 articulated, in your opinion? To what extent do the Member States have the energy and desire to redefine the future of the European construction?

I believe that the European Union has always been most successful whenever single states bundled their resources because they saw that individually they only had limited impact. Trade policy, consumer rights, agriculture, these are just three areas in which EU member states managed to find consensus and it has generated great benefits for everyone. I am convinced we will see more trade agreements, new rules to deepen the single market and the enhancement of excellence in research and development just to name a few areas where real EU-added value is created. We might very likely also see the European Border and Coast Guard Agency taking more control over the management of external borders and increased cooperation in security and judicial matters because citizens expect the EU to close the gap between promise and delivery. Improved healthcare access and related research activities will also be high on the European agenda as the Corona pandemic revealed shortcomings. Moreover, we need fast and binding decision-making in foreign and security matters at EU level. Otherwise, European decisions end up being insignificant.

However, I think that fundamental tasks concerning social policies, taxes, industry policies, and education will remain rightfully member state responsibilities. We must be careful to avoid stretching the debate of European integration too much. The EU is not supposed to replace member states, but serve as a very effective coordination and harmonisation tool.