Deschide in romana Who we are Contact Sign-in Subscribe
Homepage Focus Readings Printed issues Authors
A Multilateral World?
This article deals with the concept of multilateralism, its basic meaning, coordinates and constructive functions, but also its limitations and constraints that – both theoretically and pragmatically – the idea of multilateralism faces in its attempt to pose the question to which there is no a consensual answer so far: does multilateralism provide the ideal paradigm for the construct, security and functioning of the future world order? 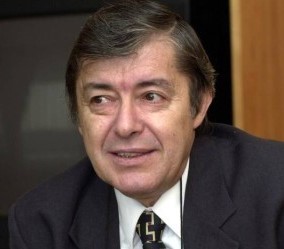 On the 26th of June, while participating in the ministerial reunion of the Alliance for Multilateralism that took place in the context of the 75th anniversary of the signing of the UN Charter, the Romanian Minister of Foreign Affairs announced Romania’s decision to join the Declaration of Principles of the Alliance for Multilateralism, initiated and established by France and Germany. The concept was to propose a counterbalance to the contemporary attempts to weaken and even challenge the basis of the international order that governed the world after World War II, so that the foundations of international law could ensure global peace and sustainable development for the international community.

This article deals with the concept of multilateralism, its basic meaning, coordinates and constructive functions, but also its limitations and constraints that – both theoretically and pragmatically – the idea of multilateralism faces in its attempt to pose the question to which there is no a consensual answer so far: does multilateralism provide the ideal paradigm for the construct, security and functioning of the future world order?

There are many common sense analytic opinions that claim multilateralism is in crisis, has lost its usefulness and foretells what Francis Fukuyama once saw as “the end of history”, as the ongoing peace of our humanity has become a self-attaining objective thanks to the multiplication and globalization of the material and spiritual exchange, to the widespread of democracy and to the institutionalization of international relations and cohesiveness.

Simply put, multilateralism is considered – according to the Encyclopaedia Britannica – as the “process of organizing relations between groups of three or more states” in order to mutually achieve universally agreed common goals. From this point of view, the discussions and controversies regarding the concept of multilateralism do not focus on certain objectives, but on the principles, values, instruments and institutions engaged in the effort to reach the respective objective and positive purposes.

The institutional beginnings of the multilateralism movement have materialised after World War II, when the United Nations was established or other pluralist, multilateral arrangements took shape, such as the General Agreement on Tariffs and Trade (GATT) and the instrument of the Most-Favoured-Nation Clause -  which had pre-set applicability on all GATT members, once activated. Progressively, the applicability and interpretation of multilateralism go beyond technicalities, in order to define as multilateral any system of multistate association whose cohesion was assured by the equality of obligations and rights among the associated states, that act according to rules and regulations unanimously agreed. Logically, such an approach opened the door for the entire corpus of the United Nations and its agencies to be placed under the sign and functions of multilateralism.

The history and the previous experiences of multilateralism offer the grounds on which we can identify at least four elements that articulate the concept, and allow us a more objective and comprehensive understanding of the phenomenon.

The first comes from the undeniable finding that any construct with a multilateral vocation and dimension is the result and embodiment of a social pact or contract codified and enshrined in writing. The written contract and the adhesion of all signatories to the norms it stipulates provide the key transition from the natural, instinctual and chaotic law where the community is divided between leaders and followers, to an order among equals, that works based on the unanimously accepted and codified in writing pact.

This finding highlights another facet of multilateralism that is, at the same time, an aspiration proclaimed by the ethics of the United Nations: the one that wants multilateralism to be an inclusive process, not an exclusive and exclusivist one. As long as the edifice that claims to be multilateral will not manage to include and affirm its universality, those who are left behind, excluded, that is, will perceive this multilateralism as an unjust, mercantile construct, consequently useless and unacceptable.

And this clarification leads to a third defining element of multilateralism – its egalitarian and comprehensive vocation. The ideal equality between the structural entities of the system, between their duties and rights gives all approaches on multilateralism a democratic dimension. On the other hand, the concept of multilateralism, as it has been advertised throughout the decades after World War II, has undoubtedly highlighted the fact that multilateralism was compromised frequently by a certain amount of inequality generated by the objective differences between the multi-state and state entities involved in this phenomenon. This can be seen very well in the case of some multilateral acts or instruments, such as the Treaty on the Non-Proliferation of Nuclear Weapons, or to an equal extent, the UN Security Council. In both cases, a limited number of countries are “more equal” than the rest, either due to the number of nuclear weapons they possess, or because they were winners in World War II.

Literature frequently approaches multilateralism and multipolarity as similar concepts, hence the conclusion that the two can be substituted one with the other according to the logic of narratives. In other words, the two can substitute each other without altering the interpretation of reality. Still, such a rhetoric ignores the natural discrepancies between the complex realities of state and national actors on one hand, and the egalitarian, inclusive and universal logic of multilateralism, on the other.

This forced synonymy cannot survive a thorough analysis that shows each of the two systems is born from different and particular judgements and philosophies regarding the concept of global order as defined by politology.

Multipolarity is a possible and variable concept with regard to maintaining some sort of functional balance between countries and stopping the slip to anarchy of relations in the global order. From this point of view, can be considered multipolar a specific order among countries that relies itself on the existence and action of several power centres in a more or less relative balance. A classic example of operation of such a multipolar world was offered by the relations between the great monarchies of the European Classicism. When any of the crowned heads on the continent visibly intended to dominate and exert their power over the others, the latter formed coalitions and alliances to stop the hegemonic tendencies of the former. Equally, the bipolar order West-East (the USA and the Soviet Union), or later the tri-polar order (the USA, Soviet Russia and China) provides us with another example of the relationship among the main power centres. No matter the numeric dimension of the multipolar order, it is – unlike multilateralism – characterised by lack of a pact, a permanent “codified contract” between the power centres. They can coexist or ignore each other when their relationship does not become competitive and conflictual, through the game of balance among them. While multilateralism is a constructed, inclusive and cooperative reality, multipolarity is characterised by exclusivity and elitism, based on power. Multipolarity is the order of aristocracy, while multilateralism proposes an order of democracy.

The Need for Reform. The Case of the United Nations

This fall’s plenary of the United Nations General Assembly celebrated the diamond jubilee – the 75th anniversary of the creation of the universal organization (following the end of World War II). The festivities, clearly affected by the worldwide pandemic of COVID-19, took place at a time when the narrative regarding a new world order gains more and more ground. An order that reflects highly and more accurately the new balances of a humanity witnessing the emergence of new powers – India or Brazil, or the assault on the balance among the “old permanent members” of the UN Security Council, pressured more and more by other power centres – Japan, South Africa or Indonesia, that aim at being part of the “permanents” club claiming the management of the global order.

The 75th anniversary of the United Nations brought back into the spotlight long forgotten criticism that is still topical and important. The organization is being accused more or less overtly of being obsolete, incapable or lacking the will to update and adjust to the deep changes, balances and aspirations of the three quarters of a century since the UN Charter was adopted. In unison with the above, the current Secretary General of the Organization, Antonio Guterres, as well as many of the leaders of nations and countries who delivered speeches during the plenary, have eagerly issued appeals for boosting pluralism and multilateralism so that tomorrow’s humanity, acting as a whole, can bequeath its future generation an order more reconciled with itself, more focused on equality, solidarity and morality.

In our world that has just entered the 21st century there is, no matter how much we would like to deny, a “clash” or a shock between multilateralism and multipolarity. And in this case we are referring to the opposition between the aspirations of one of the visions regarding the egalitarian and inclusive governance of the world, on one hand, and the attempts – obsolete by time – to maintain an exclusive and elitist governance of a world where everybody is equal on paper, while in reality some are more equal than others.

Multilateralist thinking is, essentially, one of the many Western concepts built on the idea of universal equality. Equality between state actors and non-state organizations, codifying such concepts in mandatory and unanimously accepted treaties, finding peaceful solutions to conflicts are just a few of these principles. However, we cannot deny the fact that despite the ethical and egalitarian dimension of multilateralism, there are many voices and writers that accuse some actors – state and non-state institutions – of promoting a shallow solidarity behind which they act in favour of the great powers and traditional power blocs. Thus, within the UN General Assembly, multilateral by definition, the decisions taken are mere recommendations, while the Security Council represents the almighty body that has the full legal power. Equally, the “universal” principles that the International Monetary Fund is based and works on, are – pragmatically speaking – just the representation of a mercantile financial-monetary rigour that varies from one country to the other. And last but not least, the functioning of World Trade Organization – proclaimed a universal body, is based on compelling countries to completely obey a regulatory package ignoring the differences between developed and developing countries. The equality between the rich and the poor claimed by the Organization is a mere veil that hides the pre-eminence that the Western and developed countries benefit from. In all these cases, as well as in others, we are referring, at the same time, to bureaucratic entities that claim to speak for the general interests of humanity, while, in fact, they speak and act for their own interests.

Under such circumstances, one can say that talking about multilateralism still means talking about a process in the making and expansion. And this is why multilateralism should be seen not as a therapeutic panacea for all the problems and illnesses of the international community, but more as an instrument meant to contribute to strengthening what could be considered an interstate society, defended from the threat of conflict and freed from the atavistic violence of the war. However, as long as multilateral countries and instruments will keep on being affected by inequalities, underdevelopment, the logic of the strong and by financial and identity crises, multilateralism will remain a mere instrument to remove obstacles and create a world friendlier and more responsible with itself. And one cannot ask of an instrument more than it can give.