Deschide in romana Who we are Contact Sign-in Subscribe
Homepage Focus Readings Printed issues Authors
The United Nations @75: A time for Solidarity, a Time for Action
Born in 1945 out of the ashes of the Second World War, the United Nations Organization was created – in the words of Dag Hammarskjold, its second Secretary-General – “not to lead the mankind to heaven but to safe humanity from hell”. 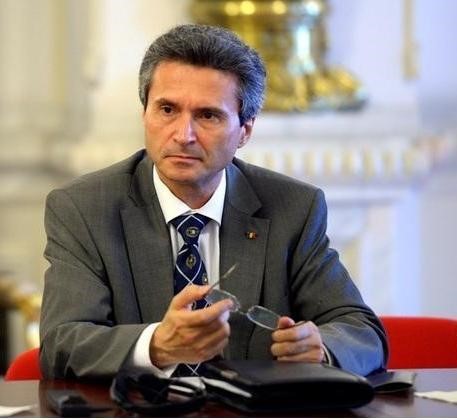 In January 2020, the United Nations decided to launch a process of global consultations on the world opinion, to mark the Organization’s 75th anniversary. The project involved over one million people from all UN Member States, and its findings were released on the 21st of September in a report called “The future we want, the United Nations we need”. These findings indicate that the immediate priority of the majority of respondents from around the world is improved access to healthcare, safe water and education. The next main priority is greater international solidarity for tackling poverty, inequality and boosting employment. Other major priorities are mitigating the impact of climate change, respect for human rights, settling conflicts, promoting peace and reducing corruption. 87% of those surveyed believe that international cooperation is vital for dealing with these challenges, and 74% see the UN as essential in addressing them.

Born in 1945 out of the ashes of the Second World War, the United Nations Organization was created – in the words of Dag Hammarskjold, its second Secretary-General – “not to lead the mankind to heaven but to safe humanity from hell”.

Headquarters of the UN

Indeed, in 75 years of existence, the UN saved millions of lives by mitigating wars and conflicts, and by working to eradicate extreme poverty and treatable diseases. It provided millions of children with education, promoted freedom, assisted new nations that emerged from decolonization, created the international peacekeeping architecture and established key policies and programs for sustainable development. Major progress has also been made in the recognition of universal human rights, and the UN Charter remains the cornerstone of international law.

But the challenges that mankind faces today seem to question the UN relevance in the future: proliferation of armed conflicts, terrorism, poverty, rising hunger and deep inequality, worldwide contagion with Covid-19 - which brought about the worst economic crisis since the Great Depression -, a warming planet, growing number of refugees and climate emergency with huge biodiversity losses - we have already degraded 2/3 of the planet’s land and ocean surface, one million species are at risk of extinction, the coral reefs who support life in the oceans are close to dying out and every year the additional deforestation area is equivalent to the size of Denmark. The response to these challenges will define the role of the United Nations in the 21st century.

Addressing the UN General Assembly on the 22nd of September 2020, Secretary-General Antonio Guterres noted that: “Those who built the United Nations 75 years ago had lived through a pandemic, a global depression, genocide and world war… Today we face our 1945 moment”. At the beginning of the year, he had identified “four horsemen that endanger our common future: first, the highest global geo-strategic tensions in years; second, an existential climate crisis; third, deep and growing global mistrust; and fourth, the dark side of the digital world”. Now, the UNSG mentioned “a fifth horseman who was lurking in the shadow: the Covid-19 pandemic, who has galloped across the globe”.

Every year, the new session of the UN General Assembly starts with the High-Level Week, which traditionally gathers at the UNHQ the highest number of political leaders ever seen in the same place, at the same time: heads of state, prime-ministers, foreign ministers, representatives of NGOs, academia and business – all together around 12,000 people. But Covid-19 hit during the 75th anniversary of the UN and reduced the High-Level Week (22-29 September) to virtual meetings, with ambassadors wearing masks and keeping social distance while listening to video speeches and introducing their leaders’ pre-recorded messages.

Although a hard time for celebration, this may actually be a turning point for renewed multilateralism and the strengthening of support for the role of the United Nations. The UN remains the only global international organization, and the strongest argument in favor of its relevance is the growth of its membership: from 51 founding states, in 1945, to 193 member countries today. Equally significant is the competition between member states for outstanding positions in UN bodies: for instance, candidates for non-permanent seats in the Security Council have already been announced for elections until 2047, and for the position of President of the General Assembly, until 2077.

The explanation for this undiminished interest in the UN lies in the trust that states have in the principles and values ​​promoted by the Organization. UN membership offers prestige, legitimacy, recognition, and international status. A wise use of the UN stage in promoting national interests can multiply the influence of a country above the level of its geographical size, economic or military strength.

The United Nations has saved millions of lives from war, famine and pandemics, and its history corresponds to 75 years of outstanding progress for mankind. When it was founded, in 1945, the goal was to avoid another global war and its apocalyptic consequences. The organization that Eleanor Roosevelt called “our greatest hope for future peace” has helped achieve that goal. The indispensable role of the UN has been evident throughout the course of the Covid-19 pandemic, especially for the world’s most vulnerable populations.

But this history was not filled only with success stories. Shortcomings also appeared, and the Organization was accused several times of insufficient involvement, or even failure, in resolving conflicts or humanitarian crises. Such instances have fueled the false perception of diminishing UN relevance, and some claim a “fatigue” within UN responses. However, after five years as ambassador of Romania to the United Nations, I know that the Organization has only the leverage and resources that Member States make available to it, and it cannot do more than Member States allow it to do.

Yes, the UN is no longer the only player in town, but it remains the fundamental bedrock of multilateralism and international cooperation, and there is still no substitute for the legitimacy that the United Nations can offer and the unifying platform it gives to the international community in tackling common threats that no country, no matter how powerful, could address by itself. The current Covid-19 pandemic is one such example.

Because today we face such threats, there is no other way but to continue to make the UN a tool to combat pandemics, conflicts, injustice, hunger and climate change. Not only our world is interconnected, our common challenges are as well, and they can be addressed only through multilateralism. Quoting again Secretary-General Antonio Guterres: “It is high time to recognize a simple truth: solidarity is self-interest”.

As His Holiness Pope Francis wrote on Twitter on 25 September 2020: “The pandemic has shown us that we cannot live without one another. The United Nations was established to bring nations together, to be a bridge between people. Let us make good use of this institution in order to build together the future we all desire”.

Note: The opinions expressed in this article do not bind the official position of the author.