Deschide in romana Who we are Contact Sign-in Subscribe
Homepage Latest readings Readings Printed issues Authors
Europe-East Asia Relations and China: Cooperation and Competition
Over the past two decades, the hub of global economic prowess has shifted to Asia, and most importantly, East Asia. Consequently, to advance the policy objectives of international peace and security, prosperity, cooperation for climate change and most importantly, preserving multilateralism, engagement with East Asian nations is sine qua non for Europe. At regional and international levels interaction between Europe and East Asia are shaping the policies and outlook of countries in both regions. 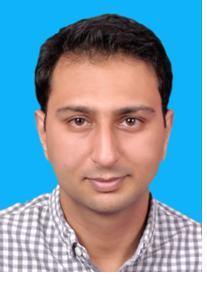 Over the past two decades, the hub of global economic prowess has shifted to Asia, and most importantly, East Asia. Consequently, to advance the policy objectives of international peace and security, prosperity, cooperation for climate change and most importantly, preserving multilateralism, engagement with East Asian nations is sine qua non for Europe. At regional and international levels interaction between Europe and East Asia are shaping the policies and outlook of countries in both regions. While economic cooperation has been the bedrock of Europe-East Asia relations for decades, new developments across the strategic spectrum are directly influencing the nature and shape of relations. Growing tensions with China, however, have the potential to inject new uncertainties in Europe-East Asia relations. Europe, through the platform of European Union (EU) needs a more coordinated and coherent policy towards East Asia.

EU recognized the importance of Asia as a political actor in 2001 when Brussels set the goal of “strengthening the EU’s political and economic presence across the region”. The 2003 European Security Strategy, however, overlooked the East Asian region as a whole, but it advocated deepening strategic cooperation with China, India and Japan. Later, in 2016, EU devoted more attention to Asia, and directly linked “European prosperity and Asian security”.[1] While it made enhancing trade and investment cooperation with China a priority, it sought to undertake “practical contributions to Asian security”. In 2019, however, EU declared that China is now a ‘systemic rival’ while being a cooperation partner in few areas.[2] This highlights the complex nature of Europe-Asia interactions.

This also highlights that while EU has viewed East Asia as primarily a trade and investment partner, it has had difficulty in devising a broad and coherent policy outlook towards the region. Gradually, a more focused China approach is on display, where European nations have increased security cooperation with East Asian nations. This underscores the fact that EU and its members recognize the centrality of Asia and China to the international system. Europe seeks an Asia which is a partner in pursuit of global peace and security, stability, economic prosperity and the rules-based international system. EU seeks support of East Asian countries for a regional and global order that functions rather according to agreed rules and backed by network of strong institutions than on ‘spheres of influence’ or ‘historical rights’.

This EU approach has been reciprocated by the East Asian countries. In 2014, few Asian countries criticized Russian actions of Crimea. Meanwhile, East Asian nations have acknowledged the support lent by EU in seeking a peaceful resolution of the maritime disputes in South China Sea region. In 2017, EU was invited to the East Asia Summit, which reflected recognition by East Asian states that in the growing global disorder, EU is a source of stability and predictability in contrast to the Donald Trump led United States.

For decades, economic and trade linkages have been the bedrock of Europe-East Asia cooperation. In 2019, trade between the 27 EU states and the Association of South East Asian Nations (ASEAN) stood at EUR 210 billion.[3] Meanwhile, Europe linked foreign direct investment (FDI) is the second largest source of FDI inflows in ASEAN.[4] Similarly, from East Asia, particularly China, investments across Europe are growing because nearly half of the global economic growth has come from China in recent years. For instance, from EUR 700 million in 2008, Chinese investments in the EU states grew to EUR 35 billion in 2016.[5] However, due to domestic and international factors, a declining trend has emerged during past three years. In 2019, the total Chinese FDI in EU stood at EUR 11.7 billion, approx. 33 percent down from EUR 17.4 billion of 2018. Yet, the level of interdependence between East Asia, especially China and the European nations is very high and uncertainties have high impact on growth prospects in both regions.

In today’s international world, trade and security are intertwined in ways not imaginable before. Economic growth and prosperity are linked to regional peace and stability. In the same ways, patterns of regional political cooperation and strategic competition guide the path of economic collaboration. Nations, thus, hedge their choices when dealing with uncertainty and risks about the future strategic environment. Today these uncertainties are represented by the future of U.S. power and role in Asia and globally, and what choices will China make. East Asia, thus, is at the heart of emerging future of international order. Thus, for EU, East Asia will remain a crucial region.

East Asia and EU interactions primarily take place in three ways. Firstly, EU has strategic partnerships with China, Japan and South Korea, while having important relationships with Singapore, Vietnam, and Indonesia etc. South Korea has three broad agreements in the areas of political cooperation, trade and security collaboration with the EU. In 2013, EU concluded a Free Trade Agreement with South Asia leading to expansion of trade. Meanwhile, Seoul and Brussels continue to coordinate closely over various international and regional issues.

Meanwhile, the most important strategic engagement of EU is with China as it has become the most significant economic investor in EU and a key foreign policy stakeholder around the world. EU undertakes engagement with China through annual summits, regular ministerial engagements, and various dialogues. Since China joined the World Trade Organization (WTO), EU has accorded extraordinary importance to the relationship with China, seeking sustained dialogue as China inched towards market economy. At the core of the EU-China relations have been trade and economic issues. A shift is visible now as political issues, global governance and international affairs are focus of bilateral talks.

Secondly, EU backs initiatives for regional integration. In 2017, EU and ASEAN agreed to a forward-looking action plan 2018-2022. EU has been focused on strengthening ASEAN’s capacity to undertake regional cooperation and integration. In several areas such as aviation, environment, and trade EU as a regional organization has cooperated with ASEAN. In few others EU can share its best practices with ASEAN.

Thirdly, EU support Asia-Europe Meeting (ASEM) process, which brings together more than 50 countries from Europe and Asia for summit and ministerial conclaves. ASEM has, for over two decades, focused on enhancing political communication, economic cooperation and people to people linkages between two continents. ASEM is important as it provides opportunity to European and Asian countries to exchange views on regional and global issues and most crucially to advance multilateralism.

During the past three years, China has gone on an offensive in its foreign policy towards various regions of the world, including Europe. In some ways, China has taken advantage of a retreating America led by President Trump. While tensions with the U.S. have risen, defined by the trade war, China has sought to expand its economic and political linkages in Europe and across Asia. A key question thus emerges: how to effectively respond to China’s rise from Europe and Asia? In principal it requires a broad constellation of nations from across two continents, having economic prowess, technology, and shared political and regional goals. In Asia, Japan, South Korea and Indonesia are such countries, while several European countries are rethinking their China policy.

For Europe, declaring China a ‘systemic competitor’ was an indication of a rethink. It began with scrutinizing growing Chinese investments in Europe. Pushed by the U.S., European leaders hinted at restricting Chinese access to advance western technologies. While European countries were among early supporters of the Belt and Road Initiative (BRI), an infrastructure and connectivity mega plan, now EU is critically evaluating several BRI projects and financing plans. Witnessing a Chinese aggressive political and economic push, EU and European leaders have concluded that China will not review its economic strategy, whereby it restricts increased market access to Western companies, while it advances in key sectors of the European economy.

At the same time, Italy, a key southern European nation, has become first G-7 member to endorse BRI and join it. Similarly, the 16+1 dialogue of Central and Eastern European countries with China continues. EU members disagree on the nature of positions on issues such as human rights, South China Sea, investments from China. Yet, across Europe pushback has been evident in reducing the footprint of Chinese companies in European telecommunications networks. This indicates a preference for competing with China by employing multiple strategies – industrial, regulatory and digital.

Despite a recent toughening of the European outlook towards China, political leaders across Europe are walking a tight rope. The broad policy objective remains strengthening the political relations and communication with East Asia. European leaders seek to insulate European economies from the fallout of tensions between China and the U.S., and to preserve the EU-China trade relationship. Competition with China could prove to be productive for Europe, but competition leading to rivalry will be counter-productive. The goal should be to seek cooperation while competing. This leads to reducing the risk of uncertainty.

* Author is Director East Asia and China at Margalla Institute of International Affairs, Islamabad. He can be reached at mfaisal89@live.com

[2] EU-China – A strategic outlook, Joint Communication to the European Parliament, the European Council and the Council, European Commission, March, 2019, https://ec.europa.eu/commission/sites/beta-political/files/communication-eu-china-a-strategic-outlook.pdf