Deschide in romana Who we are Contact Sign-in Subscribe
Homepage Latest readings Readings Printed issues Authors
Interview with MEP Siegfried Mureșan, Vice-Chair of the EPP: “The crisis caused by the COVID-19 pandemic has shown us that the European Union is able to respond in such moments through solidarity.”
Faced with the new challenge represented by the need to manage the consequences of the COVID-19 pandemic and the growing pressure of the Eurosceptic populist movements, the European Union was forced to provide both an immediate response, which could reflect the ability of the Member States to act according to the principle of solidarity and a medium term solution as part of the Multiannual Financial Framework for the years 2021 to 2027, a solution reflecting the vision of the 27 member states on the future of the European construct. 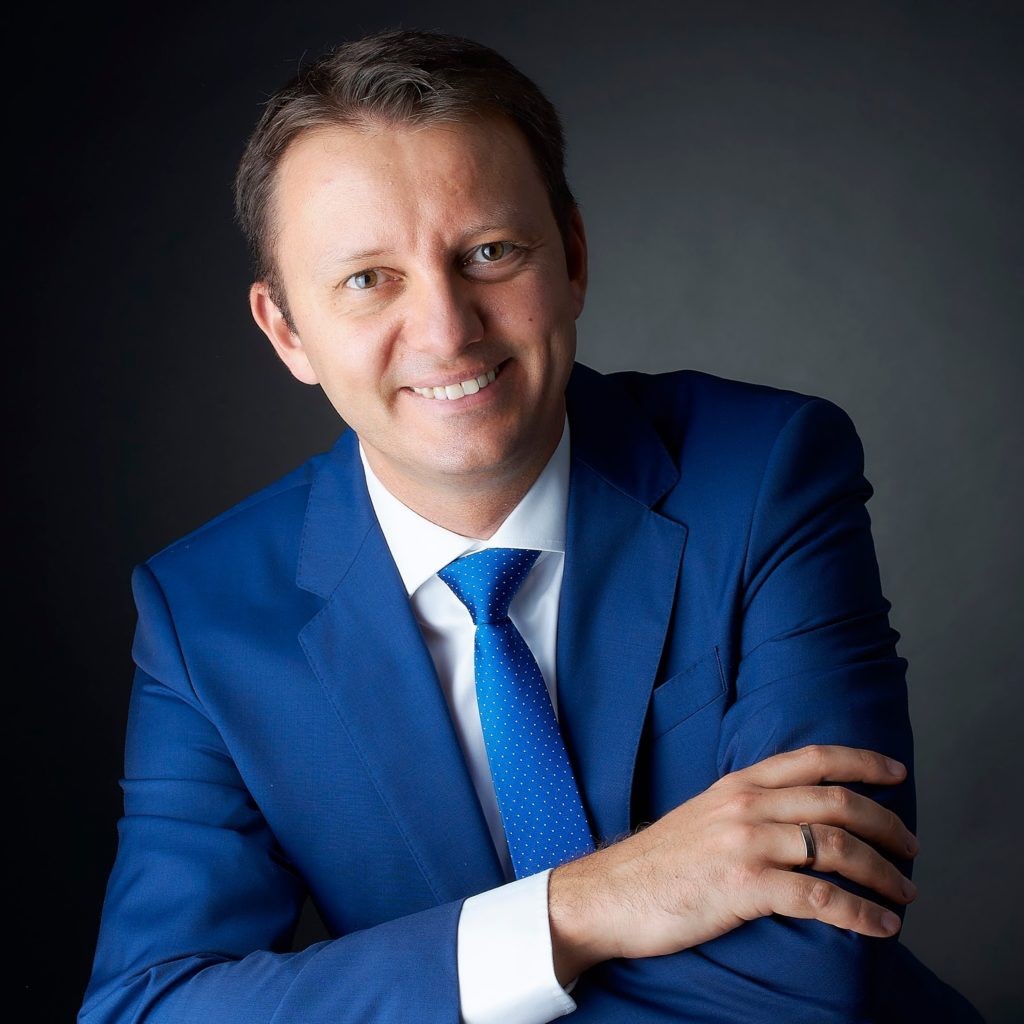 The MEP Siegfried Mureșan, Vice-Chair of the European People’s Party Group (Christian-Democratic), member of the National Liberal Party, Chair of the European Parliament Delegation to the EU-Moldova Parliamentary Association Committee, analysed the perspectives and challenges related to the management of the EU budget in the context of the crisis caused by the COVID-19 pandemic, in the interview offered to Vladimir-Adrian Costea for the Geostrategic Pulse Magazine.

Vladimir-Adrian Costea: Mr. Mureșan, now more than ever, reaching consensus over the European budget is imperative and has a major impact on the future of the EU as well. In the current context, how do you assess the financial allocations resulted from the lengthy negotiations in the European Council? Do these allocations meet the current needs of the European project and, at the same time, do they counter the populist and Eurosceptic rhetoric?

Siegfried Mureșan: The agreement reached by the European Council a month ago is a good one for Europe and a very good one for Romania. It is a historic agreement that will provide the Member States with European funds over €1.8 trilion for the next years.

It is a historic agreement because the European Union has never had before an investment plan as substantial as the one the heads of States and governments have just agreed on. This is a fact and no Eurosceptic populist politician can deny it without being considered ridiculous.

Our position in the European Parliament is clear: we are totally in favour of the funds allocated to Romania and the other European countries. The final negotiations will not change the sums that have already been allocated to the Member States. What we will ask for is raises of budget lines that are not allocated by country, but at the level of the entire European Union, for the future policies: digitalization, research, innovation, “Erasmus” scholarships, defence, security and border protection. These projects are important for Europe in its entirety, therefore they are important for Romania as well.

To what extent does the Multiannual Financial Framework and the recovery instrument Next Generation EU set the ground for overcoming the economic, social and political challenges that the EU is currently facing?

The Economic Recovery Plan, which amounts to €750 billion, was adopted in order to support the economic recovery of the European countries, following the crisis generated by the COVID-19 pandemic. The funds will become available starting with the 1st of January 2021 and will last for four years. These are new funds, in addition to what was planned to be received from the European Union. This is why the impact of this recovery plan is huge. It is the most ambitious programme to counter the pandemic and its effects because it aims at supporting every European citizen affected by the COVID-19 crisis, whether we are talking about employees, farmers, small entrepreneurs, doctors, researchers or vulnerable social groups.

The first and most important component of the European Recovery Instrument is the Recovery and Resilience Facility, with a budget of €672.5 billion, out of which €312.5 billion are non-repayable funds and €360 billion are favourable loans. I am the European Parliament rapporteur on this Facility and I am currently working on the draft law that will tell us where the money goes.

Overall, our objective is to allocate the budget of this instrument to support the Member States finance their own economic recovery objectives.

The focus will mainly be on investments to modernise the EU Member States. The money will be used for digitalization, a green economy, modernization of hospitals and schools. The purpose is to become more productive and more competitive.

So, the two instruments at our disposal, and mostly the Recovery Plan will help us cut short the economic recovery period by also investing in the priorities of the future.

Cutting down the funds for cohesion and development is a step that has upset the developing Member States, such as Romania. Do you find reasonable the criticism highlighting the risk of deepening economic, social and territorial disparities between various regions and members of the European Union? To what extent will the persistence of these disparities intensify the perception of an EU with several speeds?

The final result is a good one, as it brings more European funds than ever to the Member States for investments, including cohesion and reducing economic differences.

The agreement reached in July 2020 by the European Council on the cohesion funds largely maintains the allocations proposed in February, that is 22% for the cohesion policy - a decrease of 12%, compared to the Multiannual Financial Framework 2014-2020.

Despite this cut, the Next Generation EU instrument includes an important component focusing on cohesion – REACT EU – which will add 47.5 billion euros to the cohesion funds available for the Member States.

Overall, we are advantaged. Indeed, some Member States have advocated a decrease of the cohesion funds, but in the end, the result was good, especially for Romania.

Compared to other countries from Central and Eastern Europe, Romania is the big winner of these negotiations. Hungary, Poland had cut-backs, while Romania received increased allocations.

Relating to the current disparities in development, to what extent do the EU budgetary policies for 2021-2027 correspond to the EU integrated development strategies? What are the main financing lines that you see necessary in the context of the debates on the EU reform after Brexit?

Firstly, we should continue to defend the policies that are working well, such as cohesion, agriculture, and fishing, since they allow us to achieve economic prosperity at the level of the entire Union. Secondly, we should insist on additional strengthening of the policies for the future, such as research, digitalization, education, small and medium-sized enterprises, the fight against climate change, defence and security. Moreover, investments should finance the EU’s long-term objectives, such as decarbonisation and digitalization, and also increase the competitiveness of our economies.

We should place digital transition at the same level with climate transition. The period marked by the COVID-19 pandemic has shown us how important digitalization is in all sectors and fields.

How much has the outbreak of COVID-19 changed the European citizens’ expectations and fears? Are they reflected in the EU budgetary philosophy and its Economic Recovery Plan, respectively?

The COVID-19 pandemic had a significant impact on the lives of citizens in the European Union. As a consequence, their fears started to focus on job security and business operation; however, there are concerns related to health care and the policies related to this area.

The agreement reached by the European Council sends a strong signal to all EU citizens: we will get over the current health crisis, we will keep and create more jobs and will make Europe’s economy competitive and future oriented. The €750 billion Economic Recovery Plan is a proof that Europe’s answer to this unprecedented crisis is based on solidarity, democracy and responsibility. This instrument represents the main support for all European citizens affected by the COVID-19 crisis and seeks to meet all the related needs. Firstly, it will supplement the funds allocated for the cohesion policy, the common agricultural policy and those included in the Just Transition Fund. It will also stimulate private investments. The recovery plan also includes a health component – the EU4Health programme – that will invest in prevention and training for future crisis situations, as well as in procuring medicine and essential equipment.

Taking into account the European citizen’s expectations and fears, to what extent do you believe that the EU and its Member States have the necessary resources and policies to manage the moments of crises and setbacks in the European area over the past few years?

The agreement reached by the European Council is yet another proof that only together we can do more. This will be seen not only in the budget allocated to the Member States for the next seven years, but also in the support offered to the European countries for the economic recovery following the crisis caused by the COVID-19 pandemic while enhancing the European Union’s capability to prepare for, and counter any future crises.

How do you see Romania’s position in the negotiations over the Multiannual Financial Framework 2021-2027? To what extent can we identify Romania’s objectives and interests in the structure of the EU budget?

The €80 billion that Romania is going to receive in the following years represent the success of the negotiations.

And this success was also possible because, for the first time in many years, the Romanian President, the Romanian Prime Minister and Ministers have addressed to Brussels in one voice and have negotiated towards the same objectives, for Romania. This made possible the accomplishment of Romania’s main objective in the negotiations with the European Council: the defence of our country’s allocations for agriculture and for the Cohesion Policy.

What are the main opportunities that need to be taken advantage of with a view to ensure a high level of absorption of European funds, at the same time with their use in an efficient way and with a direct impact on the living standard of every citizen?

For the next seven years, Romania will receive €80 billion European funds, compared to the €45 billion over the past seven years and the €30 billion in the years 2007-2013. We will receive more funding than we have ever had, and this money will be used for projects destined for modernization, such as freeways, railroads and the countryside infrastructure. All these actions will attract investors; hence, more jobs will be created. People will have well-paid and steady jobs. Higher wages mean more money to the budget to be invested in schools, hospitals, for pensions and salaries.

More focus will also be put on projects and investments to combat climate change and protect the environment.

During this period, we have seen how important technology and digitalization are, but also how much we need to keep investing in research, innovation and digitalization. The good news is that digitalization is among the priorities of the next financial cycle. So, we will be able to do this by accessing European funds.