Deschide in romana Who we are Contact Sign-in Subscribe
Homepage Latest readings Readings Printed issues Authors
The Role of NATO in Arresting the Ripple Effect of Ethnic Conflicts. Unintended Consequences of the Great Powers’ Influence in the Balkans and Lessons Learned from the Previous Balkan Wars Applicable Today
One hundred and eighteen years ago, the First Balkan War started initiating an unstoppable spiral of events leading to the Second Balkan War, Balkan Crisis and the global World War I. What are the key lessons to be drawn from how the small Balkan states were able to drag the more powerful states into their ethnic conflicts? What are the principal unintended consequences of the influence of the Great Powers in the Balkans? And how can this provide an example of why NATO plays a crucial role in arresting the ripple effect of ethnic conflicts? 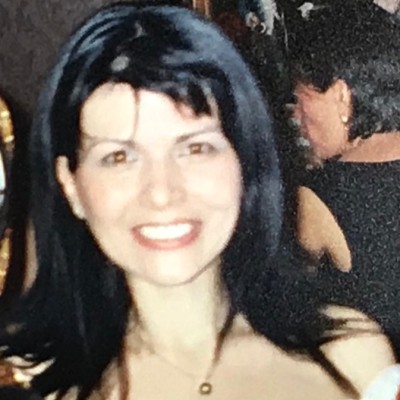 One hundred and eighteen years ago, the First Balkan War started initiating an unstoppable spiral of events leading to the Second Balkan War of 1913 and the Balkan Crisis of 1914 and the global World War I.  What are the key lessons to be drawn from how the small Balkan states were able to drag the more powerful states into their ethnic conflicts? What are the principal unintended consequences of the influence of the Great Powers in the Balkans? And how can this provide an example of why NATO plays a crucial role in arresting the ripple effect of ethnic conflicts?

The Balkan Wars of 1912 and 1913 show the unintended consequences of the influence of the Great Powers in the Balkans. In attempting to restrain each other and promote their own interests in the collapsing Ottoman Empire, the Great Powers of Great Britain, Germany, France, Russia, Austria-Hungary, and sometimes Italy, created and reinforced their web alliances and exacerbated ethnic conflicts in the Balkans.

In 1908, Austria-Hungary annexed Bosnia-Herzegovina to fight Serbian terrorism in the province and halt Serbia’s geopolitical objective of acquiring an outlet to the Adriatic Sea. Russian anger at this act led to creation of the Balkan League.[1] Supported by other Great Powers as a buffer against future expansion of the Habsburgs in the Balkans, the Balkan League was composed of Serbia and Bulgaria – Russian satellites – and Greece and Montenegro.[2]

Encouraged by the Italo-Turkish War in which Italy seized Ottoman Mediterranean possessions, instead of providing a shield to the north, on 8 October 1912, the Balkan League attacked to liberate the territories of Macedonia, Albania and Thrace from the Ottoman Empire. Since the Balkan League treaties did not fully flesh out the division of prospective conquests, the members left territorial disputes for Russia to arbitrate.[3] The Greeks took Salonika and the Serbs occupied two-thirds of Macedonia, while the Bulgarians faced trench warfare in Macedonia against the main Turkish forces defending Istanbul.[4] Motivated by its desire to gain a port on the Adriatic, Serbia joined Montenegro and Greece in invading Albania.

Before the Ottoman Empire’s final defeat in the First Balkan War, the great powers of Europe met in London on 17 December 1912 to try to repair the damage done by the Balkan League. In doing so, they almost started World War I. Austro-Hungary and Italy were concerned about Serbia and Montenegro’s occupation of Albania as they feared the Serbs would give the Russians a naval base on the Adriatic. The Serbs refused to relinquish their claims and Russia and then Austria-Hungary began to mobilize their forces. Both France and Germany pledged support to their respective allies. Britain delayed the war between the Great Powers when it secured an agreement on Albanian independence.[5]

The May 1913 Treaty of London – imposed upon the Balkan League by the Great Powers – ceded all the Ottoman Empire’s European possessions to the Balkan allies, with the exception of a small area of Thrace and Albania. Unfortunately, the treaty mandated no territorial division. Occupying their own and most of Bulgaria’s share of Macedonia, the Serbs and Greeks expelled Bulgarian Macedonians from their territories. Denied Albania by the Great Powers, the Serbs and Greeks demanded even more of Bulgaria’s share of Macedonia.[6] Russia, by default, supported the Serbs in not acting as an arbiter between Serbia and Bulgaria.[7] After Bulgaria attacked Serbia in June 1913 and began the Second Balkan War, it was quickly defeated. Bulgaria relinquished most of the territory it gained in the First Balkan War to Serbia, Greece, Romania, and Turkey under the Treaty of Bucharest.

The Great Powers actions during the Balkan Wars led to both the reinforcement of the European alliances and nationalism in the Balkans. This set the stage for future Great Power disputes and ethnic conflicts. The emergence of a strengthened Serbia on their southern flank tilted the balance of force in Europe against Germany and Austria-Hungary and resulted in the two Central Powers accelerating both their military recruiting and joint training.[8] They also reinforced their alliance with Istanbul and established one with Bulgaria. The Turkish defeats in the trenches of Thrace led to the apotheosis of a viable Turkish nationalism that focused on preserving the Turkish heartland rather than the dying empire.   This nationalism would mobilize manpower for the defense of Gallipoli and prevent the British seizure of Istanbul. It also would lead to the Armenian Genocide.[9]   Bulgaria’s alliances with Germany and occupation of Macedonia in the subsequent two world wars came because of Russia’s support for Serbia in the Second Balkan War and the political influence of vengeful Macedonian refugees in Sofia.[10]

After the Balkan Wars, the Great Powers continue with some success to restrain a strengthened Serbia’s national aspirations. “Rogue state” behavior in Bosnia-Herzegovina such as the 1914 Sarajevo assassination of Archduke Franz Ferdinand contributed to Germany and Austro-Hungary’s First World War, and later the 1992-95 Sarajevo siege that led to 1999 NATO’s “preventive” war against the Serbs.[11] Both the Central Powers and NATO assumed that the Russians would not back their only Balkan ally, Serbia, for its involvement in ethnic driven terrorism. But only NATO was right. Italy stopped Serbian dreams of dominating Albania by occupying the kingdom. During World War II, Italy expanded its Albanian possessions into Kosovo by “liberating” the Albanians there.[12] In addition to the Kosovar Albanians, Italy – like NATO in the 1990s – also supported Croat and Macedonian separatists against Serb domination.[13]

In preserving the distinctive national identities of the Macedonians and the Kosovar Albanians in the 1990s, in the Great Power tradition, the international community continued to revive ethnic conflicts. The Western backed independence of Macedonia revived Balkan War era irredentist fears of the Greeks, who claimed that the new country harbored designs on Aegean Greece and Salonika. Subsequently, the international community referred to Macedonia as the Former Yugoslav Republic of Macedonia (changed to the Republic of North Macedonia in 2019 before achieving NATO membership in 2020, ending a 28-year territorial dispute between the Southeast European countries of Greece and Macedonia between 1991 and 2019).  Another more serious ethnic conflict within Macedonia itself was an Albanian insurgency sponsored by the Kosovar Albanians, who were liberated in 1999 by NATO’s Operation Allied Force.[14]  This led to the withdrawal of Yugoslav armed forces from Kosovo, and establishment of a UN peacekeeping mission in Kosovo.

The Balkan Wars, like subsequent wars on the Balkan Peninsula, were the result of the Great Powers’ intervention in ethnic conflicts. Although the Great Powers created new states and established and reinforced alliances with existing Balkan states to satisfy their geopolitical interests, these nationalist states took advantage of the larger states to satisfy their own national aspirations. Since the Great Powers could not uniformly restrain the small Balkan states, these states were able to drag the more powerful states into their ethnic conflicts, subsequently engendering new conflicts that drew in other powerful states.