Deschide in romana Who we are Contact Sign-in Subscribe
Homepage Focus Readings Printed issues Authors
Afghanistan, from the “Graveyard of the Empires” to a New Syria?
"We went to Afghanistan because of a horrific attack that happened 20 years ago. That cannot explain why we should remain there in 2021."
Joe Biden 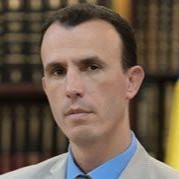 Following the 9/11 terrorist attacks, George W. Bush’s Administration painted a victorious picture with regard to the fight against terrorist groups, claiming that the military operations in Afghanistan were but the beginning of the war against international terrorism. The US government made this conflict personal, as Osama bin Laden became “Public Enemy No. 1”.

Hence, the military campaign in Afghanistan, where military operations (air raids, the deployment of marines, etc.) were easy to film and trace, was depicted as the “war against terrorism”.

From a historical point of view, we must mention the fact that by the end of the 1990s, Afghanistan had become a “terrorist heaven”, as insurgent groups of Islamic fundamentalists that operated in separatist Kashmir had set their headquarters there, and benefited from the support of the Pakistani intelligence services. Al-Qaeda had done the same.

As far as the role the USA played in Afghanistan is concerned, in an interview he gave Le Nouvel Observateur, in 1998, Zbigniew Brzezinski stated that during that time “… the US and Saudi intelligence services provided the Afghan resistance 6 billion USD worth of weapons, and Khost, where Osama bin Laden had established a terrorist school was well-known to CIA operatives ... as some of the mujahedeen the CIA used against the USSR received training at the above-mentioned facility, and were under the command of Osama bin Laden … We did not force the USSR to intervene in Afghanistan, however, we have set the grounds for such an intervention. This operation was meant to draw the Soviets into the Afghan trap. In order to achieve this, the CIA and its allies provided the mujahideen with millions of USD worth of financial support. The Pakistani military intelligence service – the Inter-Services Intelligence (ISI) – trained, provided equipment and ensured propaganda among the ranks of the above-mentioned fighters.”

The USA’s interest in the region decreased during the rule of the Taliban regime, while the Pakistani government remained deeply involved in Afghanistan’s internal affairs, as it intended to ensure the establishment of a regime that favoured Pakistan and guaranteed the safety of its Western borders. In their turn, Russia and India offered support to the Northern Alliance, made of Uzbeks and Tajiks (who opposed the Taliban regime) and Iran intended to overturn the Taliban regime (because of the assassination of a group of Iranian diplomats, which took place in September 1998, in Mazar e-Sharif, but also because of the brutal regime the Shiite minority had been subjected to in Afghanistan).

This was Afghanistan’s domestic situation when the 11th of September 2001 attacks took place, when the Taliban government refused to turn over Osama bin Laden. Upon the USA invoking Article 5 of the North Atlantic Treaty, the operation Enduring Freedom was started (originally called Infinite Justice – the name was changed so as not to offend the Muslim community, since Muslims believe only God has the right to exercise divine justice).

The objective of this military campaign was to capture Osama bin Laden and other Al-Qaeda leaders, prevent this terrorist organisation from further conducting terrorist attacks and remove the Taliban regime. As such, by the end of October 2001, the forces of the international military coalition had destroyed all Taliban air defence systems, had taken ground action against the leader of the Taliban, Mullah Mohammad Omar’s base in Kandahar and had engaged force concentration alongside anti-Taliban forces against Al-Qaeda and Taliban facilities. 78 days into the campaign they had established a new government, and the Taliban and the Al-Qaeda cells had been isolated and ended up operating only in areas that were very difficult to access.

The US military intervention managed to avoid what, ever since the war began, many analysts feared would happen: an entrapment such as the USA’s case in Vietnam or the case of the USSR in Afghanistan (many years before!). In fact, this was Osama bin Laden’s objective, when on the 9th of September 2001, he had the assassinated the leader of the Northern Alliance, the primary group that fought against the Taliban regime. Depriving the USA of one ally in the north, where Al-Qaeda was seen as a foreign force, bin Laden had hoped to take military hostilities to the south, where the Taliban regime and Al-Qaeda’s popularity was increasing among the ranks of the Pashtuns. Looking back at the withdrawal of the US troops from Somalia, in 1993, and the legitimacy of the Soviet withdrawal from Afghanistan, in 1989, made Al-Qaeda leaders believe that the US military would not last long in Afghanistan, especially if they registered massive losses.

Twenty years later, NATO withdrew its troops, however, it stated that would remain engaged in a long-lasting partnership with Afghanistan, its people and its institutions, in order to promote the heavily acquired security.

However, at least so far, it seems that the withdrawal of the NATO troops brought Afghanistan back to that period of terror and disintegration, warned Austin Miller, the commander of the US forces: “civil war is definitely a plausible scenario, should Afghanistan maintain this course”.

Therefore, according to the US, the Taliban are taking district after district, half of rural Afghanistan is controlled or contested by the insurgents, and NATO trained Afghan soldiers are repeatedly forced to withdraw or surrender, while local militias and non-Pashtun groups in the north are threatening to revive the fight against the Taliban from the 1990s.

Deborah Lyons, Special Representative of the Secretary-General for Afghanistan, stated before the UN Security Council on the 22nd of June 2021 that US intelligence agencies had reached the conclusion that the Afghan government might fall, six months after the last international troops withdraw.

However, the West has infinitely more questions than answers on what will happen to this country at war, and decision-makers are trying to find solutions to an Afghanistan without NATO troops, such as transferring dozens of Reaper drones more than 1000 miles away, between the Persian Gulf and Afghanistan, in order to support the Afghan forces.

Moreover, the United States want to maintain troops in the neighbouring countries, in order to have a quick reaction force that can counter terrorist threats coming from Al-Qaeda or Daesh that might take place in Afghanistan. However, signing these kinds of agreements, especially with former Soviet countries neighbouring Afghanistan is highly unlikely, taking into account Russia’s influence in the region. Pakistan could represent an alternative, however, considering the constant support it offers the Taliban, and its tense relationship with the USA, there is little hope that the US troops could be stationed there, at least not officially.

Not in the least, NATO will most likely continue to train Afghan forces outside the country, possibly in Jordanian or Qatari bases.

It is worth mentioning that Afghanistan is of a crucial interest to its neighbouring countries: Iran in the West, Pakistan and India in the East, China in the North-East and the countries rich in oil and gas in Central and Northern Asia.

Regional tensions are highly intense in India and Pakistan. India is one of the Afghan government’s main allies because of the connections the Taliban have with terrorist organisations in Kashmir, including Lashkar-e-Taiba, while Pakistan continues to see the Taliban as its “trump card in the Afghan game”, and is trying to exert as much influence as it can over the way this country is governed.

As for China, Gu Xuewu, the director of the Global Studies Centre in Germany, believes that, on one hand, it salutes NATO’s decision to withdraw its troops from its immediate vicinity, however, we must not forget the fact that China took advantage of the war the USA declared on terrorism to limit the influence of militant Islamic groups, especially when Daesh made its presence known in Afghanistan.

Iran’s answer to NATO’s withdrawal from Afghanistan is ambivalent. Iran is concerned with USA’s presence in Afghanistan, close to its borders, however, it does not wish to witness Afghanistan’s complete collapse, most likely followed by a humanitarian disaster, especially since millions of Afghans have already sought refuge in Iran and Pakistan.

As for Russia, ever since the 19th century, it has perceived Afghanistan as a southern strategic flank, a gateway to the Indian Ocean or a confrontational area with the Western powers. Following the withdrawal of the Soviet troops from Afghanistan, Russia established new connections with a number of powerful players in this country, including the Taliban, as it was concerned with the security of its southern flank, and, most of all, with preventing the re-emergence of Islamic movements.

As a conclusion to the above, after 20 years of US military presence in Afghanistan, Ibraheem Bahiss, a consultant for the Asia Programme within the Crisis Group think-tank, believes that the West should “show a little humility and better understand the societies it intends on changing”. The former Afghan president, Hamid Karzai believes the same way and is pessimistic about Afghanistan’s fate: “The country is at war. Those who came here 20 years ago to fight against extremism and terrorism, not only did they fail to end them, even more, under their watchful eye, extremism flourished”.